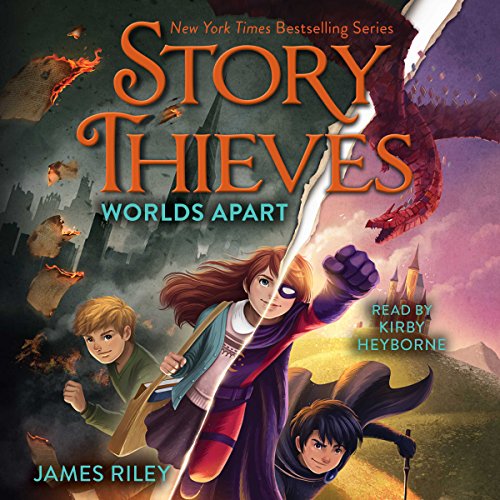 Owen and Bethany try to find their way back to each other after the fictional and nonfictional worlds are torn apart in this fifth and final book in the New York Times best-selling series Story Thieves - which was called a “fast-paced, action-packed tale” by School Library Journal - from the author of the Half Upon a Time trilogy.

But weirdly, no one seems to mind. Owen and every other nonfictional person have lost their imaginations, so they can’t picture their lives any differently. Then Owen gets trapped in a dark, dystopian reality five years in the future, where nothing is needed more desperately than the power to imagine.

How could I read another book after this amazing book!!!!! Nothing will be better ever! :D

I loved the book!

The book was amazing! I loved the ending and the artist also did a very good job on the cover!

there should be more in the series it is super

I loved it! It’s SOOOO sad that it has ended, and with no next book. ☹️

100% must read if you love fantasy, other dimensions, and magic. ❤️

I love this series so much. I am so sorry it’s over . READ IT READ IT

I love the story great for any age