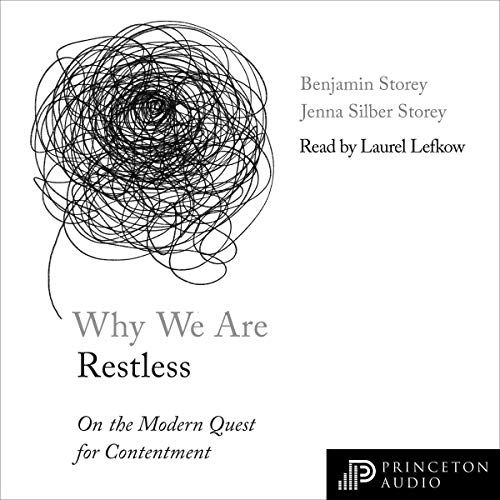 Why We Are Restless

This audiobook narrated by Laurel Lefkow reflects on how our pursuit of happiness makes us unhappy.

We live in an age of unprecedented prosperity, yet everywhere we see signs that our pursuit of happiness has proven fruitless. Dissatisfied, we seek change for the sake of change - even if it means undermining the foundations of our common life. In Why We Are Restless, Benjamin and Jenna Storey offer a profound and beautiful reflection on the roots of this malaise and examine how we might begin to cure ourselves.

Drawing on the insights of Montaigne, Pascal, Rousseau, and Tocqueville, Why We Are Restless explores the modern vision of happiness that leads us on, and the disquiet that follows it like a lengthening shadow. In the 16th century, Montaigne articulated an original vision of human life that inspired people to see themselves as individuals dedicated to seeking contentment in the here and now, but Pascal argued that we cannot find happiness through pleasant self-seeking, only anguished God-seeking. Rousseau later tried and failed to rescue Montaigne’s worldliness from Pascal’s attack. Steeped in these debates, Tocqueville visited the United States in 1831 and, observing a people “restless in the midst of their well-being”, discovered what happens when an entire nation seeks worldly contentment - and finds mostly discontent.

Arguing that the philosophy we have inherited, despite pretending to let us live as we please, produces remarkably homogenous and unhappy lives, Why We Are Restless makes the case that finding true contentment requires rethinking our most basic assumptions about happiness.

“Absorbing, elegant, and stimulating, Why We Are Restless possesses an easy fluency and understated wit that are as rare as they are delightful.” (Wilfred McClay, author of The Masterless)

“We moderns face a paradox. The freedom and abundance our societies have brought us only serve to make us discontented. In Why We Are Restless, Benjamin and Jenna Storey unearth the philosophical roots of this predicament. Their discussions of Montaigne, Pascal, Rousseau, and Tocqueville are unfailingly lucid, humane, accessible, and engaging. This is popularization in the best sense. It is relevant, eloquent, and never talks down to the reader.” (William Deresiewicz, author of Excellent Sheep)

“Why We Are Restless refuses to settle for easy and superficial solutions. Storey and Storey set out the deep tensions within each philosopher’s thought, and why they cannot be brushed aside.” (Ann Hartle, Emory University)

Ce que les auditeurs disent de Why We Are Restless