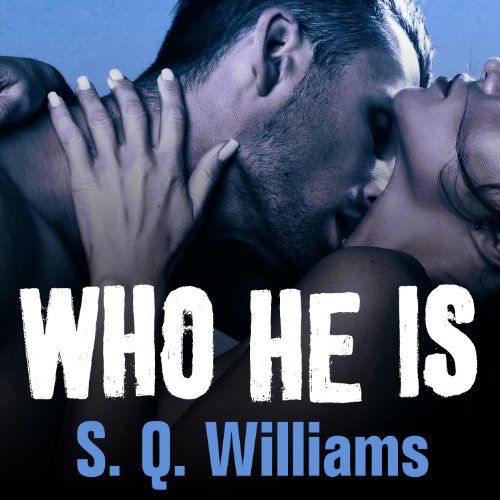 Eliza Smith has never been the one to seek a relationship. She's never dated a guy in her life, never even hugged a man (outside of her father/manager of the hot and popular rock band, FireNine) but when she decides to spend her summer on tour with FireNine, it all changes. Eliza really gets to meet Gage Grendel - her former crush from high school and the lead singer of FireNine - and witness sides to him to which she'll begin to truly despise. She'll ignore him, she'll dislike his ways, she'll do anything to try and stay away from him until Gage finally gets her to slip up and give in. She agrees on a casual fling with Gage, but soon they'll both see how the fling will blur into something they can't control, and when it's finally time for Eliza to go and accomplish her own dreams, she'll know there's more she took from Gage than she ever thought possible.

I enjoyed the story. It kept me going. I love the connection between the characters. The one thing I didn't like was that the narrator sounded like she was sick with a stuffy nose. I did get use to it after awhile but it was still irritating to begin with.

I really enjoyed this story and bravo to the narrator. I don't know how many times I have listened to audio books where there are steamy scenes but the narration makes it come across as cheesy. I have honestly found myself steering clear of audio books where I know there will be allot of erotic scenes because they just never come across good due to narration, I find I enjoy them better if I read the book because the story doesn't get ruined by the voice playing out the scene. This was probably one of only a few audio books where I can honestly say I loved everything about it. Anxious to start audio #2 to see how this story plays out.

When I first started this book, I was excited because I love stories about wild rock-stars that fall in love. This one hooked me in from the beginning, I instantly loved the chemistry between Eliza and Gage. I was addicted to the sexual tension between these two. They become involved and are soon smoking up the sheets. Hot stuff !

Eliza has had a tough childhood, if you can even call it a childhood. Her mother never cared about her, and let her get physically abused, but not in the sexual sense. Eliza isolated herself, not letting anyone in. She wanted normal, and to feel safe. She finally moved in with her homosexual father Ben, who happens to be the manager of FireNine, a rock-band. Ben tries to get her to come out of her shell. He invites her on to go on tour with them before heading to school. She reluctantly agrees, even though she doesn't want to be near Gage. A guy she has had a crush on for the longest time. Now, he seems to be interested in her. She tries not to fall for him. He insists on pursuing her.

Gage is the lead singer, guitarist and lyric writer from FireNine. He has also had a troubled upbringing, one he tries to hide from everyone. He covers up his pain in music, booze, and women. That is the only thing the numbs he feelings. Then he meets Eliza, his manager's daughter and he instantly wants to know her. She is different from any other girl. She makes him feel again. He relentlessly tries to have her, no matter how many times she pushes him away to just be friends. He knows he isn't good enough for her but the attraction is to strong - he falls in love :)

Veronica Meunch does an excellent job narrating. She bought this book to life :)

There are so many emotions going through me right now that it is hard to keep them straight! I feel like I am still on a roller coaster going from happy they are figuring their sh*t out to being ready to throw my kindle against the wall because I can't physically smack the crap out of the characters. By now you would think I would know going into ANY rockstar romance that I would end up feeling this way but I keep going back in. Although, I must admit, S.Q. Williams took the rockstar book in a far different direction than I have read before. By the end of this book, I thought I had it all figured out and expected the typical HEA. That is, until I realized this was BOOK 1 IN A SERIES!!!! I was told by my book bestie that i had to read it ASAP so rather than read the blurb or find anything out about the book, I went in blind. Let's just say, that bestie received quite a few hate messages once I finished for not warning my that it ends in a cliffhanger. Well, looks like it's time to jump right into book 2....

The narration was great. This is the first book I have listened to by Veronica Meunch and plan to listen to many, many more!

The male lead, Gage Grendel is a douche bag, scum-bucket, and A-hole, and I think maybe that's why I didn't enjoy this book so much. Eliza Smith, is sweet girl who is a virgin with a traumatic childhood of abuse she experienced in her mother and step-father's home. She's 21 years old and now living with her father, the manager of the Fire Nine band. I liked her dad, but I questioned his wisdom for his inexperienced, lost daughter to pressure her to come along on a tour with a bunch of man-whore, rockers, with booze & women. How would that be helpful for her, aside from infiltrating her life with stress and pressures with the wrong type of guys?

Well, due to all of the favorable reviews I kept waiting for things to get better, but at 5 hours, well the relationship between lead rock star singer Gage and Eliza was just terrible--Too angsty for my taste. I just can't get my head around a male lead who pressures the virgin-female lead to be with him, yet delivers on a constant flow of double messages. He whored around in front of her with his "girlfriend" and tons of random girls, yet wanted Eliza to be with him? What the????? My feeling on the matter was that he was emotionally abusive to her. And, well from the reviews of the book 2, the womanizing will still be an issue…sorry, I'm out! Too bad, because it seemed like it could have been a really great story.

The narrator was good, too bad this was such an emotionally nauseating listen.

It pulls you in!

If you could sum up Who He Is in three words, what would they be?

Stubborn, a jerk, and sensitive

What other book might you compare Who He Is to and why?

Rock with me but it was written much much better

What does Veronica Meunch bring to the story that you wouldn’t experience if you just read the book?

She was great with the different characters. I had to get use to the sound like she had a stuffy nose.

Loved this book from start to finish!!

If you could sum up Who He Is in three words, what would they be?

Laughed, cried, sighed, visualised and almost felt like I was there with them!!

The beginning was exciting and interesting... then meeting the band was interesting too...but the story started to drag with all the angsty parts...

Don't misunderstand... the story had all the hot smexyness one would think to this story... Yes it was very very smexy...at times... it is the times the story wasn't about the smexyness...in those parts... I was rather bored...just wish the story would move on...

THEN the ending...WT...F? I was so upset... So now I am just conflicted... Great, Great Story...but boring in parts and hated the ending... So there you go... listen at your own angsty risk!

Good Sale... haven't decided if I spent my credit wisely or not...because again... I am conflicted.. I liked it...but I didn't!

Would you consider the audio edition of Who He Is to be better than the print version?

The story line was inviting. I didn't think I would like band drama and typically I don't; however, I like this book. The best part of the story is how a perceived bad boy really is a good guy with a horrible childhood. I know, a lot of books have the same story-line but, this one is creatively different and heart tugging.

The best scene was the ending scene when Eliza and Gage had to separate. Oh, a tear jerker for sure.

Good book! Looking forward to the next one....

This one really surprised me! Just pulled me in!

I am so glad I decided to get this book. At first, I wasn't sure and even after a few chapters I still wasn't. Don't know when I got pulled into the story, but, it happened. Great job to the Narrator, Veronica Meunch. She really did the story justice. Can't wait to hear the second book. Who knew? I really like this series.