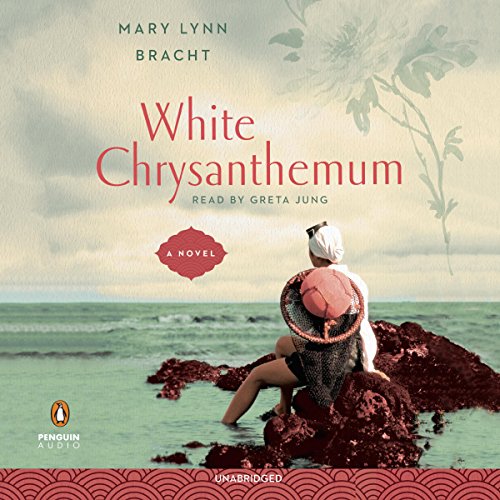 Lisa Wingate’s Before We Were Yours and Min Jin Lee’s Pachinko, a deeply moving novel that follows two Korean sisters separated by World War II.

Korea, 1943. Hana has lived her entire life under Japanese occupation. As a haenyeo, a female diver of the sea, she enjoys an independence that few other Koreans can still claim. Until the day Hana saves her younger sister from a Japanese soldier and is herself captured and transported to Manchuria. There she is forced to become a "comfort woman" in a Japanese military brothel. But haenyeo are women of power and strength. She will find her way home.

South Korea, 2011. Emi has spent more than 60 years trying to forget the sacrifice her sister made, but she must confront the past to discover peace. Seeing the healing of her children and her country, can Emi move beyond the legacy of war to find forgiveness?

Suspenseful, hopeful, and ultimately redemptive, White Chrysanthemum tells a story of two sisters whose love for each other is strong enough to triumph over the grim evils of war.

A different kind of historical fiction

I liked how different this book was. It was something that I didn't expect I'd like, but it was great. It nice to find new books like this!

Not for the faint of heart, there is a lot of violence against women portrayed in this book. But it had me hooked. In the end, I have to say this is a beautiful tribute to women victims of war. I highly recommend.

This book starts a little slow, but don’t give up. It picks up and is absolutely compelling, shedding light on a situation of which most Westerners have been unaware. And it does so in a first person relatable narrative.

I found this book very interesting. I didn’t know of the comfort women. I knew rape happened during wars but not to this extent. Thank you for an intriguing book and a lesson in history.

Heartbreaking chapter in history that I never learned in high school. Well written though hard to listen to at times because of the human cruelty.

White Chrysanthemum is a story of a young girl who endures unthinkable sadness. I found myself riveted, not wanting to stop listening. The historical aspect makes this story even more intriguing. Excellent book!

While fictional, this is still another heartbreaking look into the life of one of the many comfort women of Korea

This is a part of world history that I knew nothing about until listening to this book. So many of the scenes were so graphic and I thought a few times of turning it off completely. I’m glad I finished it but it was a tough one to get through.

As a African American women and herstory lover, I resigned so much with it. I felt every but of pain and hope in the characters. This book was descriptive and beautifully written. I never write reviews and this is my first one.

A tragic and uplifting story of sisters and their lives upheaval. I could not agree more with the ending statements of the author. Wars so very often spoken by men leave a wide gulf of the experiences of the women who also live thru it. Their stories and experiences ignored, unacknowledged, unapologetically noted by historians.