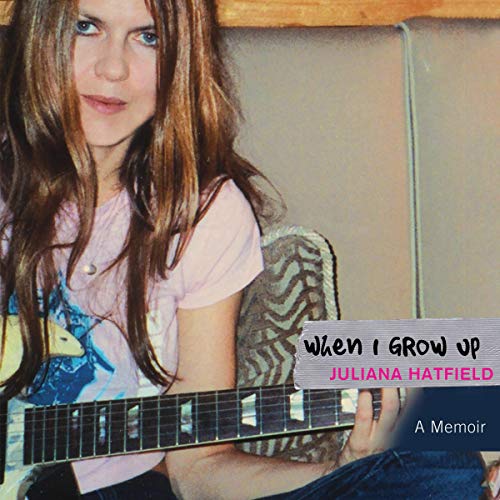 When I Grow Up

By the early 90s, singer-songwriter and former Blake Babies member Juliana Hatfield was in a position most aspiring alternative rockers only dream of: her solo career was taking off. She was on the cover of Spin and Sassy; Ben Stiller directed the video for her song "Spin the Bottle" from the Reality Bites film soundtrack; she was a featured guest on My So-Called Life.

Then, after canceling a European tour to treat severe depression and failing to produce another hit, she spent a decade releasing well-reviewed albums on indie labels and performing in ever-smaller clubs. Eventually, she found herself reading The New Yorker on a filthy couch in the tiny dressing room of a punk club and asked herself, "why am I still doing this?"

No longer willing to play a kid's game by kid's rules, Hatfield resolved to take a year off and experiment with being a civilian. And that year reawakened her creative passion. She resolved to take charge of her career and write the great untapped songs that she knew were still in her. This newfound determination led directly to her eagerly awaited new album, aptly named How to Walk Away, the most energetic, polished, and creative work of her music career.

More than a musician's memoir, When I Grow Up is a rich and revealing tour through an extraordinary mind. By turns wryly funny and woundingly sincere, it recounts her best and worst days, the origins of her songs, the source of her woes, and her quest to find purpose in life.

Ce que les auditeurs disent de When I Grow Up