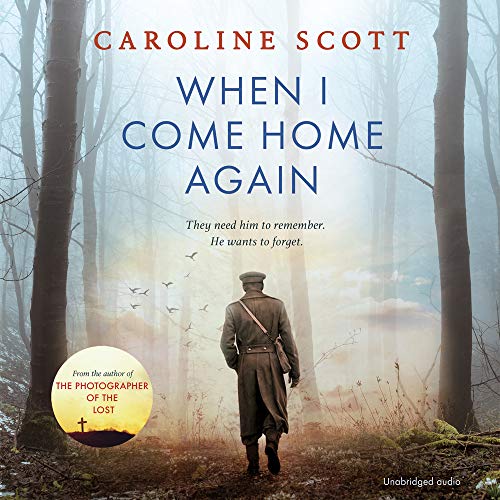 When I Come Home Again

From the highly acclaimed author of The Photographer of the Lost, a BBC Radio 2 Book Club Pick.

They need him to remember. He wants to forget.

1918. In the last week of the First World War, a uniformed soldier is arrested in Durham Cathedral. When questioned, it becomes clear that he has no memory of who he is or how he came to be there.

The soldier is given the name Adam and transferred to a rehabilitation home. His doctor, James, is determined to recover who this man once was. But Adam doesn’t want to remember. Unwilling to relive the trauma of war, Adam has locked his memory away, seemingly for good.

When a newspaper publishes a feature about Adam, three women come forward, each claiming that he is someone she lost in the war. But does he believe any of these women? Or is there another family out there waiting for him to come home?

Based on true events, When I Come Home Again is a deeply moving and powerful story of a nation’s outpouring of grief and the search for hope in the aftermath of war.