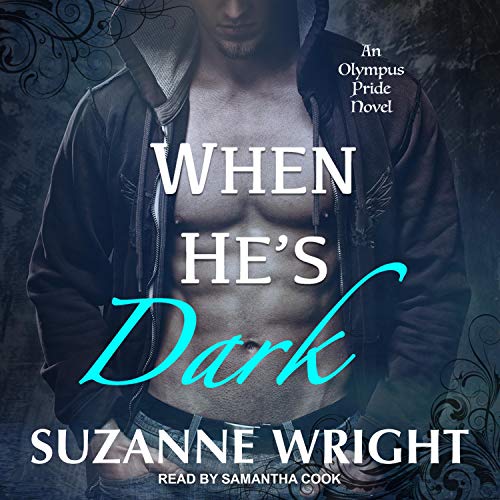 Cat shifter Bree Dwyer doesn't fear much. Ironically, what she fears most is the person who was put on the Earth just for her. Your true mate wasn't supposed to be cruel and twisted; wasn't supposed to be someone who'd never love or want to claim you. The rumors that her true mate is dead bring her only relief. Bree's intent on moving forward with her life and building a future with someone else. Sadly, the male she wants most is one she can never have - a hot-as-sin wolverine shifter who happens to be her boss...and the cousin of her predestined mate.

Aleksandr "Alex" Devereaux detests being bullshitted, but he's been lying to himself for years - pretending he thinks of Bree as extended family; that he doesn't want her so bad he aches with it; that he can't feel himself weakening against her pull. The night they spend together changes everything. He's done fighting himself on what he wants. Someone isn't happy about that. Possibly the same "someone" who's playing mind games with Bree, trying to scare her. They're succeeding, because too many leads point to the possibility that the culprit could be the one person that she's determined to believe is dead.

Too Much British Slang

There are two things that make this a little difficult to listen too. First, it needed another pass with a red pen and second, the narrator change has a few bumps. The biggest issue for me is that there is too much British slang for a novel set in California. I know the author is British and left her publisher, but she either needs an American to go over her draft or find a better group to beta test her books. One example, no one in the US uses the saying "binned it" when we mean we threw something in the trash. These issues happen throughout the story and as an American reader it kills the magic and pulls you out of the story.

- Dear Ms. Wright: Please have people from the US beta test your book if you are going to have them set here.

The second main issue is the change in narrator. Samantha Cook does an ok job, but there are a few things that are a bit annoying. One example is that her pronunciation of Tao is weird. She also doesn't do as good a job with the Russian characters as the previous narrator which is disappointing. This definitely isn't the worst narrator change I've listened too, but there are a few aspects that are hard to swallow.

DNF. This will be more of a rant than a review.

I can deal with friends with benefits IF neither the H nor h are in love with the other. What I can't do is a hero sneaking out in the middle of the night after the first time they have sex when the h is in love with him. Who TF wants to read a hero like that?!?!? Even worse is when the heroine doesn't tell him to fuck off afterward and then allows him to dictate major decisions in her life while at the same time keeping her at arms length. I cant deal with a heroine that allows the man shes gaga over to run her life, not let her be with others, and dictate her life while at the same time refusing to be with her. The heroine was weak. She adjusted a life altering decision she had already made because the hero told her to not even 24hr after creeping out of her bedroom after sex in the middle of the night. What a stupid bitch.

Worst of all this story was BORING AF!!! There was absolutely no action. It was just non stop dialogue in between sex scenes. The only action that did exist was literally just the same thing over and over again. Literally an attempted kidnapping of the heroine using the same method over and over.

Other than a new narrator and the fact that the main characters are members of a Pride instead of a pack, this book is very similar to the Mercury and Phoenix pack series. There are cameos by characters from the previous series and, of course, The Olympus Pride was also introduced previously, so there are many familiar characters that are members of the Pride.

I don’t like that a new narrator means that previous characters’ voices are different. 😭 My vote, as far as narration is concerned, is that if the author wanted to change the narrator, I wish she would have chosen to have true duet narration with both a female and male narrator.

With all that being said, I will continue to purchase every new release with the same eagerness that I always have.

If this is all new to you, be aware that all of SW’s books contain hard core sex, violence and very dominant male characters. If these things offend you, choose something written by another author. If you are still interested, start with The Phoenix Pack and then The Mercury Pack series, first. This will make this series much more enjoyable.

Hard to listen to her voice

Had a hard time listening to this book. Her voice for the males was terrible. They all sound like old men talking with their last breath. Her Russian accent was terrible.

I have always enjoyed Suzanne Wright’s series and have listened to all of the Phoenix Pack and Mercury Pack books. I was intrigued when I saw this listing and purchased with an Audible credit. Bottom line, buy the book and save your credit. The character’s voices were practically indistinguishable from one another. Almost gave up on more than one occasion but sloughed through to the end hoping it would get better. It didn’t. Unlike the other series that I have listened to more than once, I will not be repeating the experience again with this narrator. Please re-think using this narrator in the Olympus Pride series.

Omg This series had my heart racing at times I felt like I was reading a mystery novel just with shifters tho.
Alex and his Beast finally got some sense!! lol and Bree got a great mate, who had chosen her and not the psychopath of true mate that was given to her.
If you are a longtime reader or listener of Susan Wright's Mercury & Phoenix Pack series and you fell in love with the Mercury's pack book "Spiral of Need" your going to really enjoy the twists and turns of this book.

THE ONLY REASON WHYYY I GIVE THIS AUDIOBOOK 4 stars⭐⭐⭐⭐
Is simply because of the new narrator she can't do a males voice
for me. OVERALL she did a great job and brought emotions into the different characters. Its just the male characters was not masculine enough and you could barely tell the voices for the characters apart from each other. Reallyyyy I missed Jill Redfield voice especially for this book because so dam good!. Which to that point I agree with some of the previous comments mentioning if SW were to change the narrator the better preference would have been a male and female narrators or stay with original voice.
And if it wasn't for the storyline pulling me in, I would have probably return the book and got my credit back.

Once again Suzanne brings you another hot shifter story! With previously loved characters from the other pack series and new characters you will come to love, this book is a great start for this new series! Narrator Samantha Cook does a great job!

all of the Male voices were not masculine enough. liked other narrator much better .

This series is just fantastic. With each new release, Suzanne Wright proves she’s a great storyteller with staying power, an author who can be counted on to deliver more than your money’s worth.
Bravo.

I really loved this book the world building and character development brings you into a new world. I loved the other 2 series and really glad they showed up in this series. I do miss Jill’s narrations but this new narrator did a good job not the same but still good. I can’t wait for the next book. Highly recommend
LMM