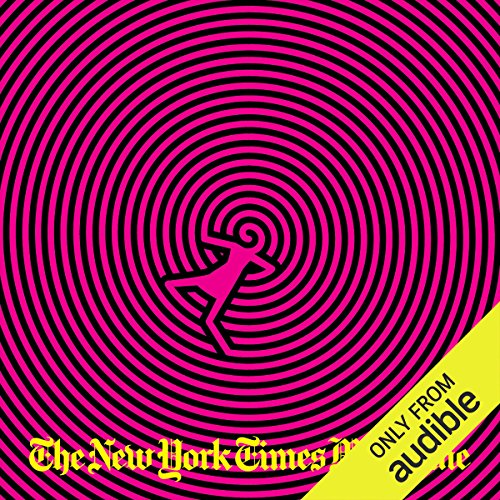 We Like You so Much and Want to Know You Better

We Like You so Much and Want to Know You Better

With multiple awards under his belt, including an AudioFile Magazine Golden Voice and Booklist's "Voice of Choice", narrator Dion Graham does not disappoint with his effortless performance of this story from the New York Times Magazine, adapted from Dave Eggers' novel The Circle. Mae has an enviable job at a social networking company, and slowly, she becomes seduced by a culture of constant updates and a seemingly unlimited chain of social connections. Graham fully engages listeners' attention with his attention to realism, and he works in subtle nuances of menace as Mae discovers the dark side of always being connected.

A million people, a billion, wanted to be where Mae was at this moment, entering this atrium, 30 feet high and shot through with California light, on her first day working for the only company that really mattered at all.

A story from The New York Times Magazine, adapted from The Circle, a new novel by Dave Eggers.

My kind of horror story

Half way through this chilling story my skin began to crawl. Vampires, zombies and Cthulu have never really done it for me, but this modern tale of true believers in a technologically unlimited world will keep me awake tonight. Eggers engineers a flawlessly incremental slide into smiling, wide-eyed hell, and Dion Graham rings the perfect notes of mindless sincerity to turn your stomach and whiten your knuckles during the ride.

I was taken aback

What did you love best about We Like You So Much and Want to Know You Better?

The summary of the story was accurate, but did not give justice to this short story; filled with mental and voyeuristic action. Loved it!

Mae. I identified with how she was comfortable keeping her thoughts and actions to herself, but was challenged later on in the story.

I was taken aback by how fast he was talking, at first.. But, as I kept listening, his delivery made perfect sense. I wasn't ready, but he kept my attention with every word he spoke.

a chilling and interesting book

wao well, it was pretty harmless at the beginning but damn poor may, I mean i understood she worked for a tech company but party points and everything shared? I mean, I understand thats how society is working at rhisbpoint but that you really dont have a choice over that and should do it, was like people really think like that? damn for me it was scary to know that kind of possible train of thought.

I listened to this short in two sittings....and found that every single scene, every single detail mattered to the conclusion. The plot evoked disturbing realities (in a very humorous way) of our "connected" world. Made me think!

The plot worked amazingly well. I was impressed with the depth of characterization (especially as this was a short), the pacing, the secondary characters. I think I'll enjoy it every bit as much a second time through....which I may very well get to sometime in the future. It deserved five stars THAT much.

Not what I was expecting. It is an interesting take on technology and social interactions. Of course its just a preview, but I will probably end up getting the full book to see what happens.

What did you love best about We Like You So Much and Want to Know You Better?

Eggers offers a haunting look at technology and it's affect on us with "We Like You So Much and Want to Know You Better". I listened with little to no knowledge of what the actual story was. What I got from it at first, seemed like a coming of age story, later it morphed into a sort of modern societal drama.

If you’ve listened to books by Dave Eggers before, how does this one compare?

I've read/am reading Eggers and this story was refreshingly different. It's a short story, and as such requires a different sort of storytelling to have an impact. If you go into this expecting the "stream of consciousness" narrative normally provided. You might be disappointed.

What does Dion Graham bring to the story that you wouldn’t experience if you just read the book?

I enjoyed Dion's performance because he didn't intentionally change the tone of the surroundings as the story became more subversive. There was a very... almost awkward normality to his method that added to the creep factor. The strangest moments were made even more odd, not because the conversation intensified, but rather because it remained so matter of fact.

Show us what you know.

I loved the idea behind this book, I definitely want to read the full thing. The performance is amazing, the reader is really into it.

I hope no workplace ever goes that deep into an employee's life and expects them to live and breathe connectivity, even socially. The story irritated me because I didn't think the behavior was appropriate.

Dion Graham is amazing. He is the voice of choice by far. I could listen to him about anything. This particular book is about social media which is pretty good and itself but it's just one short story

It was so short, I didn't get what it was about.

Too short But if course Dion Graham was fabulous in his narration. That was the only reason I chose this story.

The future is already here

Where does work end and private life begin? It is really hard to tell. From the background of vastly expanding social networks plus the recent debates about data security and its violation worldwide, this is very topical. The story is probably meant as science fiction, but it could already have happened like that - well, almost.

The story was OK but I didn't enjoy the way the speaker read it. His intonation going higher at the end of lots of words didn't alway suit in there, which unabled me to enjoy the plot.