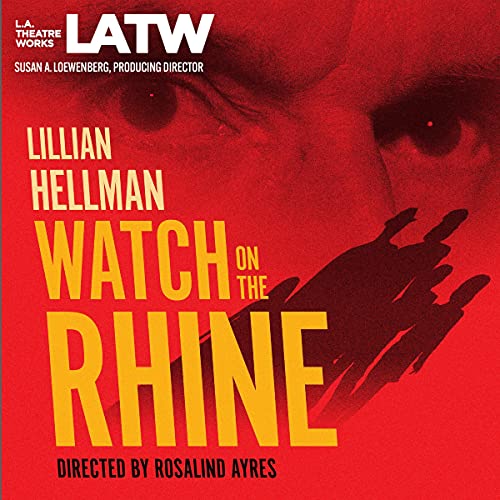 Watch on the Rhine

In this riveting political drama, Sara, along with her German husband Kurt, returns to the opulent Washington, DC, mansion of her mother, Fanny, after years away in Europe. With Hitler and Mussolini assuming full power, Kurt finds himself blackmailed for his anti-Fascist activities as the conflict in Europe crosses the hearth of this tranquil home.

Directed by Rosalind Ayres. Recorded in Los Angeles before a live audience at The James Bridges Theater, UCLA, in October 2017.