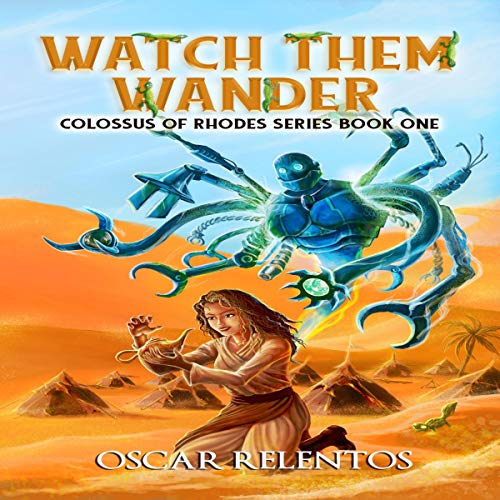 Samantha is not living the life she thought she was living.

Teenager Samantha Rhodes has wandered the desert in bleak solitude since her war-torn childhood, until the day she discovers an animatronic genie in the sand capable of reversing her fortunes, and fulfilling her wildest wishes.

After a chance encounter with a starving stranger named Ryder begging for help from a distant village, Samantha and her genie Adam rediscover the outside oases in all their revenge-driven brutality. And from the curious way the lizards and birds watch her with glassy eyes, the way the stars in the sky grow exponentially in number during nights of tragedy, and the way captured raiders whisper of a blue goddess wandering in the darkness, Samantha finds herself drawn deeper into a superstitious world filled more with mystery than with terror. And within the wreckage of secret, ancient tunnels beneath the moonlit sands, Samantha discovers why the god of her oasis has given her a magical, weaponized genie.

Along with the frightening truth about the stars in their midnight skies.

The narration is decent but the story...

The story is ok. It's not bad but there are parts that just aten't believable.

Ok, imagine this: You live in a dystopian future in a desert. You only have what you can scavenge or hunt from the desert and the few oasis. You have no memory of living any other way. Nobody tells stories of living another way. Your exposure to written language and technology will be limited if not completely nonexistent. Without writing your concept of language will be completely different. Your mode of experiencing the world will be different. So when the characters have little trouble picking up reading... yeah i got a problem with that.