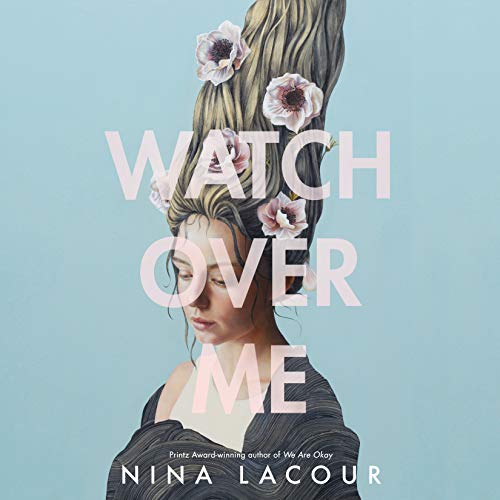 A modern ghost story about trauma and survival, Watch Over Me is the much-anticipated new novel from the Printz Award-winning author of We Are Okay

Mila is used to being alone.

Maybe that’s why she said yes. Yes to a second chance in this remote place, among the flowers and the fog and the crash of waves far below.

But she hadn’t known about the ghosts.

Newly graduated from high school, Mila has aged out of the foster care system. So when she’s offered a teaching job and a place to live on an isolated part of the Northern California coast, she immediately accepts. Maybe she will finally find a new home — a real home. The farm is a refuge, but it’s also haunted by the past. And Mila’s own memories are starting to rise to the surface.

Nina LaCour, the Printz Award - winning author of We Are Okay, delivers another emotional knockout with Watch Over Me about trauma and survival, chosen family and rebirth.