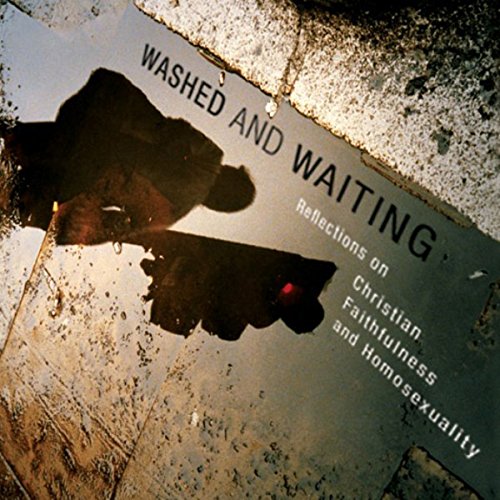 This is a book written primarily for gay Christians and those who love them.

(1) What is God's will for sexuality?

(2) If the historic Christian tradition is right and same-sex behavior is ruled out, how should gay Christians deal with their resulting loneliness?

(3) How can gay Christians come to an experience of grace that rescues them from crippling feelings of shame and guilt? Author Wesley Hill is not advocating that it is possible for every gay Christian to become straight, nor is he saying that God affirms homosexuality. Instead, Hill comes alongside gay Christians and says, "You are not alone. Here is my experience; it's like yours. And God is with us. We can share in God's grace."

While some authors profess a deep faith in Christ and claim a powerful experience of the Holy Spirit precisely in and through their homosexual practice, Hill's own story, by contrast, is a story of feeling spiritually hindered, rather than helped, by his homosexuality.

His story testifies that homosexuality was not God's original creative intention for humanity—that it is, on the contrary, a tragic sign of human nature and relationships being fractured by sin—and therefore that homosexual practice goes against God's express will for all human beings, especially those who trust in Christ.

A walk with a sinner in redemption

What did you love best about Washed and Waiting?

One of the things that I love best about Washed and Waiting is that this book exists. Hill explains the same challenge of trying to find books that describe an honest struggle of Christians dealing with homosexual bent while striving to be faithful to Christ's call in His Word. Hill is not deceived by the popular approach of our damaged culture that purports that one can be a faithful Christian and a practicing homosexual, nor is he deceived into thinking that his weakness has caused him to be damaged goods before a redeeming Christ. He clings tightly to Christ with an open heart interwoven with God's Word. A insightful, convicting and refreshing approach.

How it teaches all of us to approach our sin and Christ's work in our lives. Sin is dark and death. Christ's love is redemptive and resurrection. Therefore the unglorified Christian's walk is full of struggle and life.

What insight do you think you’ll apply from Washed and Waiting?

To have a greater hope for myself as a heterosexual Christian dealing with sin. And I will encourage other Christians, struggling with any sin, to consider the same truths that Hill points out about sin and our need for love. This story is for the Church.

As much as I appreciate Hill's perspective and story, inevitably I think Hill has a limited perspective of covenant life. Though subtle and indirect, his presentation of redemption throughout his life apart from covenant family seems to negate the richness that comes from the redemptive experience of a Christian marriage and family. I believe there is much more occurring with covenant family that Hill does not seem to see or has not experienced. Again, I can't imagine how he could see this since it is my assumption that he has never experienced it as a son, and has not been granted the opportunity to experience it as a husband and father. I feel certain that Hill longs for this knowledge, and I believe we all will see it most clearly in Glory.

I took a long time but that was on me. especially the end where he unpacks C.S. Lewis' The Weight of Glory. just so great.

Incredible...even the second and third time around

Wes Hill is telling a story that the church needs to hear... because it is a story of struggle that all of us can resonate with, whether we are part of an excluded community or not.

His story was encouraging to me and challenging. He considers himself a Christian who experiences homosexual attraction, but does not allow that to define him. The book goes through the struggle and shame he has experienced in his life so far. If you are looking for answers for yourself or a friend, this book doesn't have them. Instead, you will hear encouragement from a man zealous for Christ in the middle of his journey.

I could 100% relate to just about everything in this book! If you struggle with homosexuality you MUST read this

Redemptive and applicable to all who struggle with sin

Wesley comforts others with the comfort he’s been given! His story is a remarkable story of personal sacrifice for the sake of Christ. All Who claim the name of Christ can be encouraged by Wesley’s story and can find words of encouragement and guidance as we strive to walk alongside our brothers and sisters who struggle with same-sex attraction.

Christianity and homosexuality usually has strong oppositions when discussed in one message. Washed and waiting provides a breath of fresh air about how the two can work together in forming a better core for those that are struggling.

I initially got this book because it had great reviews. There were parts of the authors story that I really liked. The sharing of his personal journey, his struggles and his honesty. The other parts I didn't like was his ability to take scripture and come to the conclusion that he has to live a celebrate life as a gay Christian. Seems to me he is living in his head. I feel sad for him because he may find love in another gay Christian that would fulfill him on some levels. Let's be real. Sex fulfills on a certain level. Why can't this author experience that in his lifetime in a healthy matter?

I really appreciated this book. It's well-written, and extremely well read, and the message is extremely helpful. I was surprised at how much I could take from the book as a heterosexual. Three thumbs up.