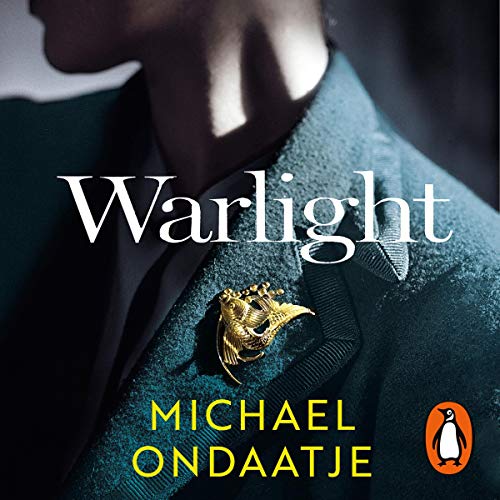 Longlisted for the Man Booker Prize 2018.

An elegiac, dreamlike novel set in post-WW2 London about memory, family secrets and lies, from the internationally acclaimed author of The English Patient.

‘The past never remains in the past…’

London, 1945. The capital is still reeling from the war. Fourteen-year-old Nathaniel and his older sister Rachel are abandoned by their parents who leave the country on business, and are left in the dubious care of a mysterious figure named The Moth. Nathaniel is introduced to The Moth’s band of criminal misfits and is caught up in a series of teenage misadventures, from smuggling greyhounds for illegal dog racing to lovers’ trysts in abandoned buildings at night.

But is this eccentric crew really what and who they claim to be? And most importantly, what happened to Nathaniel’s mother? Was her purported reason for leaving true? What secrets did she hide in her past? Years later Nathaniel, now an adult, begins to slowly piece together using the files of intelligence agencies - and through reality, recollection and imagination - the startling truths of puzzles formed decades earlier.

"A novel of shadowy brilliance." (The Times)

"Fiction as rich, as beautiful, as melancholy as life itself, written in the visionary language of memory." (Observer)

"Ondaatje brilliantly threads the mysteries and disguises and tangled loyalties and personal yearnings of the secret world...and has constructed something of real emotional and psychological heft, delicate melancholy and yet, frequently, page-turning plottiness. I haven’t read a better novel this year." (Telegraph)

Extraordinary characters; storytelling at its best

I came to this book with high expectations – and I was not disappointed. This is not an easy read, but it is mightily rewarding for those who like a challenge.
Deep and multi-layered would best describe the extraordinary characters as the author develops them along with a remarkable story.
We discussed the novel at my monthly book club – at great length! Some loved the 'gaps' that sparked the reader's imagination, while others despised having certain questions left unanswered.
Literary fiction at its best.

About the reviewer: My reviews may be critical but never unkind or malicious. I am a voracious reader who consumes books in print and audio -- fiction, non-fiction and professional reference -- in equal measure, and my reviews reflect this wide readership.