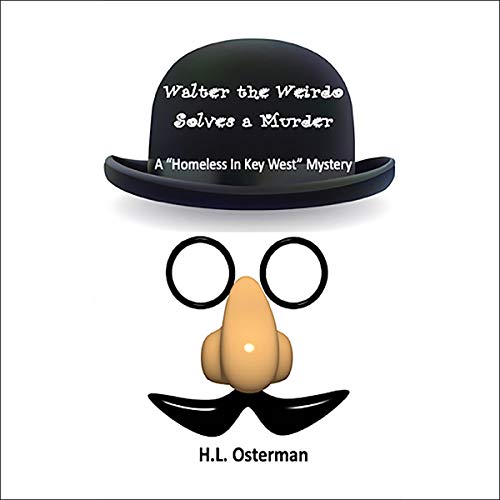 Pulp writer H.L. Osterman gives mystery lovers a new kind of “detective", Walter de Worcester - better known in Key West as Walter the Weirdo. A disbarred lawyer, Walter is a homeless man living on the streets of the Southernmost City in the Continental United States. Walter likes his carefree life - other than getting hassled by local cops. But he redeems himself by helping Chief Sam Marrero solve murders. With a personality somewhere on the autistic spectrum, his mental gears work in strange ways, allowing him to add two and two to get 22. You will enjoy these clever puzzles that lets you share in Walter’s skills of observation and analytical abilities. Walter the Weirdo is a different kind of sleuth, kind of a Hercule Poirot who has fallen onto hard times...but nonetheless cheerfully making the best of it.

I thoroughly enjoyed the Walter the Weirdo novel. The author did his research on the homeless and mental illness to make the character plight and brilliance give balance to the story line. This was a awesome story I hope there are more.