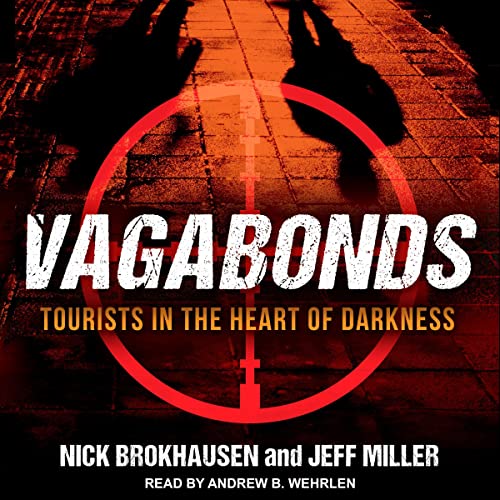 A lot of confusion, a lot of humor, a lot of broken dreams and broken promises, an occasional triumph.

1978 - a chance meeting on a remote military airbase between two Green Berets involved in the same operation leads to a partnership that will last over 40 years. Four years after that meeting, Nick Brokhausen and Jeff Miller leave the service within a few weeks of each other and begin an odyssey that takes them to dozens of countries on five continents.

Along with a small coterie of fellow former Special Operations and intelligence community veterans like Penguini, Max, Reek, The Spider Woman and a score of others - some heroes and some villains - they undertake a variety of missions for the government, other governments, large multinational corporations mostly in the aerospace or resource development industries, and occasionally just for suffering individuals who cannot find help anywhere else. In the process, they lay the groundwork for an entire new industry of private military contractors. Two men sadly just a bit ahead of their time.

They should've used the same narrator from "Whisper's in the Tall Grass" and We Few". Great book, but it was a struggle with the narrator.

Amazing book but i wish George Spelvin read it. He's the voice i associate with Nick and his escapades.

Did you eat your editor?

Incomprehensible, along with frantic narration makes this title a must miss. Too bad - Nicks first two books are genius. What a disappointment.

new narrator falls short of the previous one

loved the first two. this one has a good story but the narrator leaves much to be desired.

A special forces version of Fear and Loathing in Las Vegas. I just want to know when there will be more!?!

love anything that nick has done but I hated the narrator. george spelvin did the first two and was perfect. that's my only gripe

WHY WOULD YOU CHANGE NARRATOR!?

George Spelvin WAS Nick Brokhausen in my head. totally ruined the listening of this third book as bad as I wanted to hear it and as much as I couldn't walk away from Nick's 3rd addition. very dissatisfied.

An interesting continuation of the first two works

The stories were engaging and humorous, well-written in the same sarcastic prose Brokhausen is known for. The narrator was no slouch, but Brokhausen will forever sound like the one from We Few and Whispers in the Tall Grass, which were related with equal smarm and irreverence in a tone that complimented the author's words.

Nick is a great wordsmith who’s real life experiences captivate better than any fiction. Most people would have to live a hundred lives to match the types adventures and experiences that Nick and Jeff and their cohorts have survived (and actually thrived).
Curiosity is the seductive cerebral elixir that may lead one to a life of adventure addiction.. Watch out for old men in a young man’s profession....

A warrior in a garden.

I have been a fan of Mr. Brokhausen from when a friend suggested I read his first book We Few.
As a from solider of the late Eighties and early Nineties this book hits home as I came of age in those tumultuous years.
Safe travels Mr. Brokhausen where ever they may take you.

The Book is Great like the others by Nick Brockhausen.Interesting stories combined with lots of humor.
I only wish George Spelvin was the reader of this one, too.
For me as a German he is way better to understand plus I like his kind if reading more.
It seems he was more into it and identified himself with what he was reading.