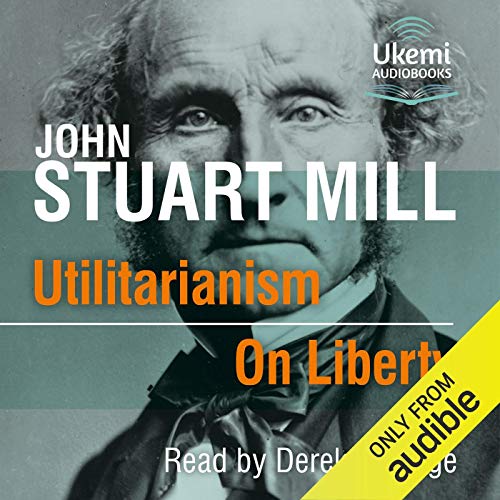 John Stuart Mill (1808-1873) was a torchbearer for liberal thought in the 19th century, including liberty of the individual and freedom of speech, and he championed women's suffrage in Parliament. A remarkable man - he learned Greek aged three and at eight had read Herodotus, Xenophon and Plato - he campaigned all his life for a just society. These two essays are his key works.

In Utilitarianism (published in 1863, four years after On Liberty), Mill observes that 'the principle of utility' equates to the 'greatest-happiness principle' and that this should be the basis of an ethical life. Mill expands on this view in five chapters and deals with difficulties and criticisms, including the balance of individual versus general happiness.

In On Liberty (published in 1859 and written with his wife, Harriet Taylor, who died a year earlier), Mill applied his already established views on utilitarianism to the society and the state. He discusses the necessary balances between authority and liberty; the individual must have freedom, but within a utilitarian (greatest-happiness principle) compass. Nevertheless, he considers the 'tyranny of the majority', and he acknowledges that in certain societies rule by command may benefit the majority. But he emphasises the fundamental importance of individual liberty, so long as it does not harm others. Though it has had its critics, On Liberty remains a key document and has a special resonance for world politics today.

Better have your thinking cap on and keep away all distractions. This is deep but well worth it.

It took me a long time to get through Utilitarianism. It's written in a difficult old-timey language and I needed to stop and re-listen to understand, which is usually not a problem for me. On the other side, On liberty is a great piece of literature and political philosophy that deserves your attention, so maybe you should buy it separately and definitely give it your time.