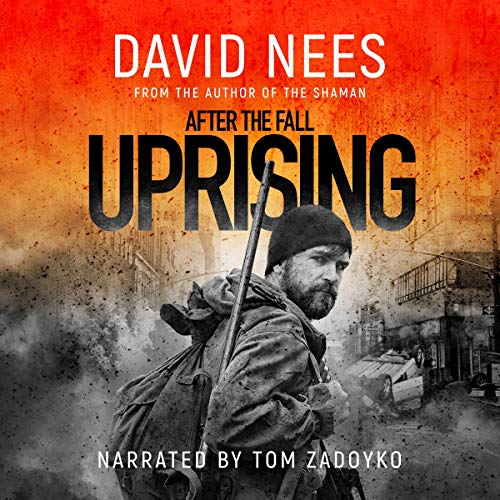 All Jason wanted to do was live in peace with his new family. Unfortunately events wouldn’t allow him that luxury.

After the EMP attack Jason had gone off to the mountains, discovered a woman and her two daughters who needed help, and got himself adopted into the family. They had fought off marauding gangs to secure their safety, but a new threat now loomed on the horizon.

Hillsboro, the nearest city, is run by a tough criminal who has the town under his brutal control. He can’t allow Jason to be a rallying figure for those who oppose his rule. Jason and the farmers who stand with him represent an attractive, freer alternative to his dictatorial control.

In this sequel to After the Fall: Jason’s Tale, the story continues with Jason and his family reluctantly drawn into the struggle to free Hillsboro from the clutches of the gangster. Will he find the help he needs to combat a larger, more organized enemy?

If you enjoyed Jason’s Tale, you’ll want to listen to this rich narrative of the continuing efforts to restructure society after an EMP attack cripples the US.

This is a big post-apocalyptic story with many interesting characters both main and support. It continues the saga of Jason Richards and his family as they battle the corrupt leadership in the city. There are some strong female characters in the story. A versatile voice will work best to encompass all the varied scenes.

Both Book 1 and 2 read well

Both book 1 and 2 were a good story with many similar issues as Holding Their Own and One Second After - generally a good read with a few inconsistencies. This was my first experience with this author and it made me hungry for some if his other works. characters were well developed and story consumed my two hours of drive time each day and wanting more.

A little cheesy at times but not a bad listen. Held my attention throughout. Feasible story and equal parts action rebuilding of a community. Will continue to purchase the series.