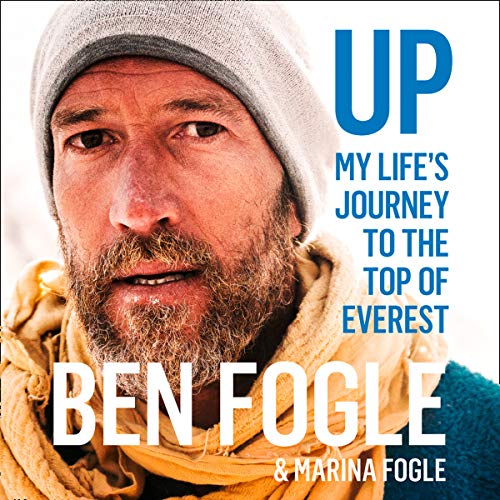 In April 2018, seasoned adventurer Ben Fogle and Olympic cycling gold medallist Victoria Pendleton, along with mountaineer Kenton Cool, took on their most exhausting challenge yet - climbing Everest for the British Red Cross in an attempt to highlight the environmental challenges mountains face.

The expedition was to become the adventure of a lifetime, the culmination of a journey that started with a moment of tragedy years before. For Ben was inspired to take on this challenge by the memory of his son, Willem, who was stillborn in 2014. This is the story of an incredible journey that has for ever changed the lives of those involved.

The climb from Camp 4 to the summit is like stepping into a parallel universe. One in which life and death become frighteningly close. In places the lines become blurred. There are few places where the margin is so close and visceral. Angels and the grim reaper are bed pals. When you are in the zone, in the moment, you are literally counting by the step. By the second. In some ways you are in your own little bubble. In places, the fear was almost paralysing.... In that fine line between life and death I only saw brightness.... While I hope my expedition has helped inspire, it is also a reminder of the fragility of life. Hold those you love close to you. Don’t forget to tell them how much you love them and never become complacent in life. We are all mere mortals on this planet, but don’t let that reality stop you from living it to the full.

But risks must be taken, because the greatest hazard in life is to risk nothing. The person who risks nothing does nothing, has nothing and is nothing. They may avoid suffering and sorrow, but they cannot learn, feel, change, grow, love, live. Chained by their certitudes, they are a slave: they have forfeited their freedom.

Only a person who risks is truly free.

"A pleasant and lyrical read." (Guardian)

"Written with wit and affection, this light-hearted, yet stirring narrative entertains and inspires with equal measure." (Countryside Magazine)