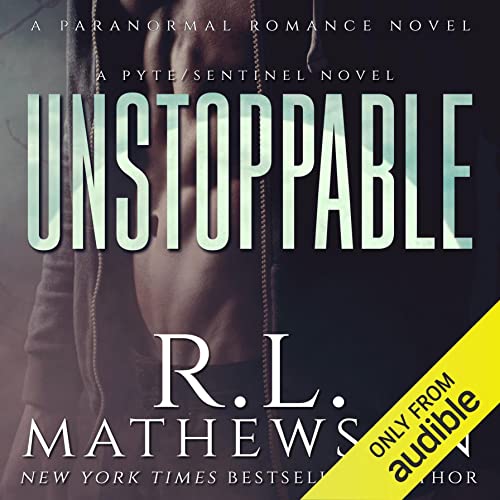 Revenge and fate come together in the seventh installment of the Pyte/Sentinel series as New York Times best-selling author R.L. Mathewson tells the story of how one of the deadliest shifters in our world is finally brought to his knees.

The plan was simple. Keep her safe, out of his way, and focus on the only thing that mattered.

He didn’t need her, didn’t want her, and...he couldn’t stop thinking about her. No matter how many times Kale tries, he can’t stay away from her, and god, does he try. With a bounty on his head and shifters, demons, and vampires doing everything they could to find him, the last thing that Kale needs is to fall in love with his mate. This wasn’t supposed to happen. No one was supposed to find her. At least, that was the plan, but somehow the incredibly sexy shifter that loved to glare had found her, and now...

She was finally where she belonged. The only problem was, Ashley had no idea why, but she wasn’t going to complain. Not when things were finally starting to make sense. What she was going to do was pretend that the shifter that hated her didn’t make her want things that she couldn’t have. She just needed to lay low, pretend that she had no idea why anyone would be after her, and hope that her secrets didn’t tear them apart.

Why Do They Do This?

I have been a fan of this series since the first book. They have now taken us through 3 different narrators this latest one being the hardest to follow. I had to pause several times and contain my composure. How do you just change the pronunciation of key characters names during the entire book and no one in the studio pull you aside and say "hey, you may want to listen to any of the other titles in this series." 🤔 If they continue with this latest narrator I may have to just read the rest.

Read this one instead

Good grief…how did the new narrator get this so very wrong? I LOVE this series but unfortunately couldn’t get through this book fast enough. The narration was so bad, the characters didn’t come across the same at all, names were pronounced wrong, etc. If I can give any advise it would be to read this one instead of listening to it.

The voice over sucks

How do you have someone different play kale now and what the heck is with the pronunciation of eefriam? (Why are they saying it like that) and why does it sound like a little kid talking. I LOVED the other books and have listened to them 2/3 times each. I’m struggling to get through this one.

the book is good but like other listeners, I also had a issue with the new reader. I really liked the original reader and woiluld like to hear her back on the next book if there is one.

Too much. Not enough Time

I felt like this book was trying to tie 5 stories up with an ending and start 3 stories with a beginning tease. I like it a lot but I think I will have to listen to it about 3 times to really get it all. Other than that as always I love the humor and sex in this book. My favorite in this series is Tall Dark and Silent.

Love the author, love the book. the reader was pretty good,but mispronouncing Ephraim's name was making me crazy.

Please get a different narrator!

Narrator is awful, miss pronunciation of main character names…. I’m glad I had read the book first or I would have been unable to follow.

Have to agree with other reviews

Let me start with the fact that I am a huge fan of R L Mathewson. I have other audiobooks I could find of hers and have listened to them more times than I can keep track of. Her books are always a go to what I’m looking for a book with underlying humor because they always leave me smiling. But this book while I really enjoyed the story was hard to get through due to the narration. I will admit by 3/4 of the way through I was used to the voice and the mispronunciation of the main characters name. But unfortunately this narrator while she’s fine doing a female narration should not do male voices. I agree with many of the other reviews that it would’ve been nice if we would’ve had the prior narrator but there’s a possibility that that person was not available so I can understand the change.

***SPOILERS in this review**
*
*
*
*
*
*
I have to start by saying that while the narrator wasn’t terrible, I’ve grown used to how the other narrators made the voices sound a certain way, especially Kales. That was extremely hard to overlook, not to mention how Ephraim name was pronounced.

Kale is a sexy badass

Lets start out by saying I'm addicted to these books. I have listened to them all at least 5 times. Kale is my favorite character and I was super excited for this book. then I saw a new narrator *sigh* I was not happy at all. she not only changed how Ephraim's name is pronounced, but all the characters sound waaaay to different. I use to be able to tell the difference really easy and the sexy accents the men had drove me crazy. The book itself was amazing, like I said Kale is my favorite and getting to see him shift was fu##ing awesome. I look forward to the next instalment of this series. I really hope you change back to the last narrator.