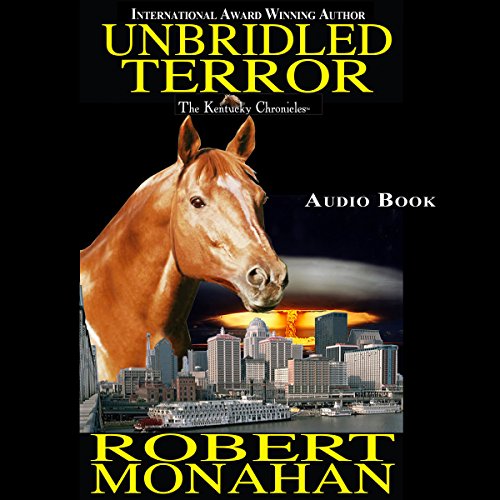 Members of an evil terrorist group, known as the Knights of the Caliphate, infiltrate the city of Louisville on a mission of vengeance where they receive an explosive device which, according to plan, will kill thousands of Americans, turning the acclaimed Kentucky Derby into a virtual holocaust.

As faithful fans descend on Derby City, Tucker Flannery and Gwendolyn Gardot have their Thoroughbred, Sugar Thief, poised to run for the roses, as does J. D. Cumberland with his favorite, Blessed Charm, before Tony Tronti, a sinister mob boss, manages to extort the stallion for himself.

But can either horse compete with the Sheikh of Karoumi’s odds-on favorite, Karoumi King? That is, if the city remains standing when and if they all hear those famous words.... Riders up!