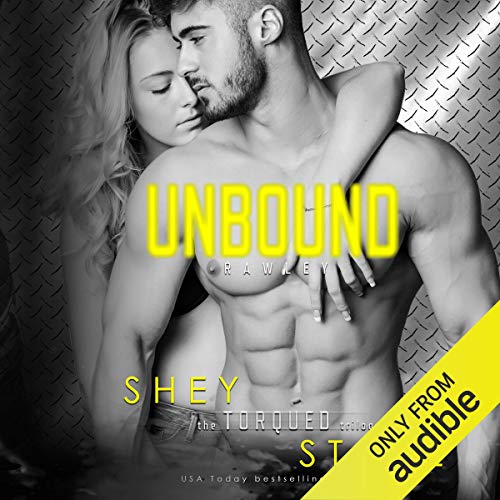 "Hurting makes you react in ways you shouldn't. Makes you lie and use others until the pain's gone and what you suddenly feel is nothing but loneliness. The way it should have been in the beginning."

There's one place Rawley Walker feels at home. On a stage, gripping a mic in a darkened bar. Desperate to distance himself from the temptation to use her, Rawley leaves town in hopes to forget his childhood girlfriend who broke his heart.

"They chant my name between songs, worshiping the lost soul in front of them, but not a single oblivious one actually knows Rawley Walker, the front man of Torque. Why would they want to? Want some heavy truth? I don't know him either. Not anymore."

For years Sophie Cunning regrets one night that changed everything between her and Rawley. She can't take it back, as much as she wishes she could.

Just below the surface lies a truth she never wanted to admit and he won't let her forget.

As she attempts to move on with her life her past and present collide and she's forced to deal with a new reality, one neither of them can run from.

Rawley was a drug addict sleep around loser

I didn't like Rawley he was a total jerk to his suppose love of his life and entire family. Rawley was a singer for a semi famous band he had a drug and drinking problem and he felt sorry for himself. The only excuse he had for his behavior was Sofie cheat 1 time when she went on spring break. then to get back at her Rawley slept with all Sofies friends and girls on the road.

Dark, edgy, worth it.

It wasn't quite what I was expecting when I picked this title, needless to say I was taken aback by this books intense grasps on dark emotion and unrequited love between the main characters. I thoroughly enjoyed both of their personalities and was truly delved deep into the abyss of love, anger and pain on this beautiful story. I recommend.

This was my favorite book out of all 3. Love both narrator's in this book. Laughed a lot between Raven and Raleigh's sibling rivalry and Nova's personality.....can't wait for a book 4

Would you try another book from Shey Stahl and/or Brian Pallino and Stephanie Wyles ?

What was most disappointing about Shey Stahl’s story?

More profanity than necessary. not a good story.

Did Brian Pallino and Stephanie Wyles do a good job differentiating all the characters? How?

If you could play editor, what scene or scenes would you have cut from Unbound?

too many to count

8 hours, I can never get back. I like most books I listen to or read, but this just didn't cut it. Not a very good story. Very disappointing.

This was by far the best of the three. Deep emotions and narration much better.

Best of the trilogy!

The perfect amount of angst broken by laugh-out-loud comedy with both sweet and hot romance mixed in, made this a great and enjoyable read! The narrators were the perfect fit and did a fantastic job!