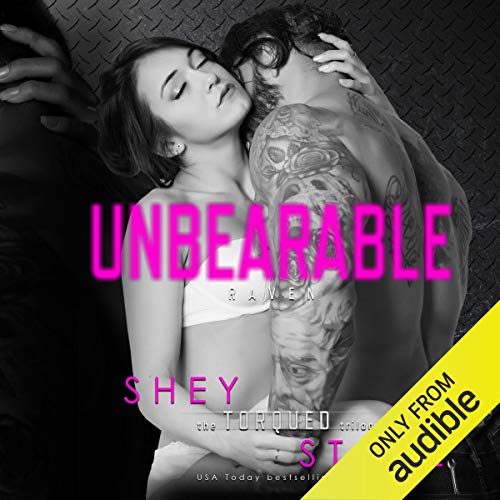 "The best relationships are the ones that make it through darkness. The ones where people look at one another and see hurt and say, you're worth it."

After attempting to drink away a broken heart, Raven Walker finds herself in the arms of the one man she never thought she'd have. The problem is he happens to be her childhood crush and her brother's best friend. What she assumes will be just a one-night stand turns into so much more. He's strong, confident, loyal, tattooed, and before she knows it, her head and heart are fighting a battle between staying within the boundaries or crossing a line she can never come back from.

"That's how Tyler and I began. Secretive and undecided."

Tyler Hemming isn't looking for anything but whiskey when he walks into Murphy's Bar. He certainly isn't expecting to find his best friend's little sister drinking away a cheating boyfriend. He's not supposed to want her. It breaks all the rules. But what he finds is an escape. A no-strings attached distraction that allows him to forget and live in the moment. Everything is perfect until he's confronted with life-changing news.

***This story is told in dual POV, has an HEA with no cliffhanger, and can be heard as a standalone. However, I recommend listening to Unsteady, as characters play recurring roles throughout.

Warning: Due to mature subject matter, such as explicit sexual situations and coarse language, this story is not suitable for anyone under the age of 18.

I enjoyed it more. Back and forth between Tyler and Raven was a little longwinded.

Don't waste a credit, the male narrator really made it a lot more difficult to finish the book. He sounded like a senior citizen over the age of 65 pretending to be a 20 something year old male, it really was horrible kind of creepy but the female narrator did very good job I just wish she could have continue the entire story on her own