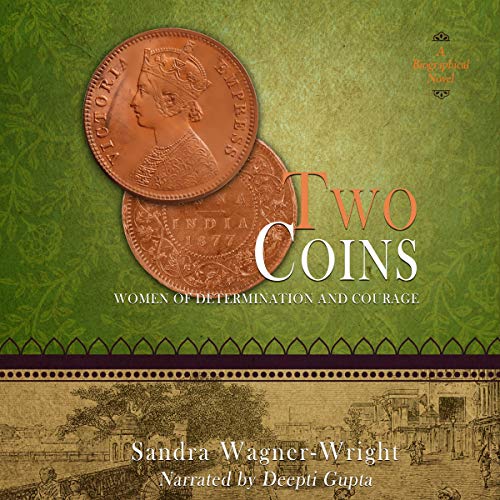 The great scandal of British Calcutta.

It's 1883, and newspapers are flying off the shelves in Calcutta, Edinburgh, and London. Mary Pigot, lady superintendent of the Scottish Female Mission in Calcutta, has been charged by the Reverend William Hastie with mismanagement and immorality, and she's fighting back!

After 10 years of hard work growing the mission, raising funds, and educating women, Mary's career is now in ruins. With nothing to lose, she takes her case to the Calcutta High Court and sues Hastie for malicious libel.

A woman publicly suing a man! It's just the type of scandal that sells lots of newspapers. Based on actual events, Two Coins takes listeners into Justice William Norris' steamy courtroom in the middle of the monsoon season. The scandal engulfs the entire missionary community, destroying almost everyone involved.