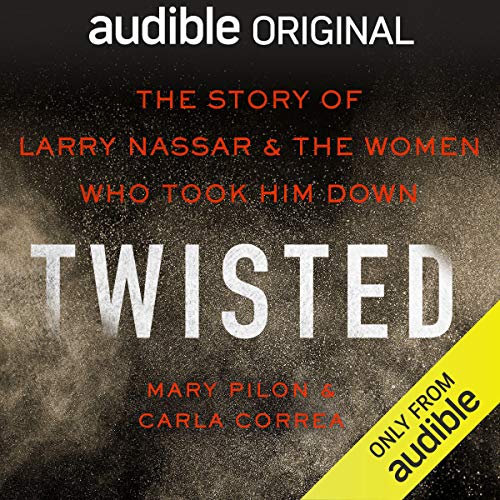 America’s top gymnasts have been show stoppers at the Summer Olympics for decades - the women’s artistic team won nine medals in 2016 alone. But beneath the athleticism, smiles, sponsorship deals, and haul of gold medals was a dark secret: a story of sexual abuse and trauma that, when revealed, became one of the biggest scandals in the history of American sports.

In early 2018, Larry Nassar, the former doctor for USA Gymnastics and Michigan State University, was sentenced to serve out the rest of his life in prison after pleading guilty to a variety of sex crimes. In a show of unparalleled force, more than 150 young women - from gold medalists to former Michigan State University athletes to old family friends - confronted the once beloved Nassar in court, sharing their pain and resolve. Many of them took legal, financial, and career risks to speak out.

But these women’s stories also reveal a stranger, more far-reaching truth: that the institutions responsible for protecting them - from the United States Olympic Committee to local police departments - had known in some form about the abuse for years, and had not put an end to it. Twisted tells the harrowing story of these crimes and how Larry Nassar got away with them for as long as he did.

New York Times best-selling author Mary Pilon and Carla Correa chronicle the scandal from its inception, tracking the institutions that Nassar hid behind, the athletic culture that he benefited from, and the women who eventually brought him to justice. In this Audible Original, you’ll hear directly from these people - including the voices of coaches, parents, industry leaders, and the survivors themselves - as they grapple with the truth about Nassar and describe what it took to bring him down.

As we mention in Twisted, here are some resources for yourself or a loved one who may need information or confidential support.

Most powerful Audible to date

This is the most powerful Audible I've listened to to date.

This audiobook was short but damn, it packed a punch. I found myself repulsed, angry and sad at the story and how all of this could have been stopped countless times. I remember the trial and the media coverage, but I learned so much more from this audiobook.

This Audible includes interviews by the authors with real victims, recordings from the court proceedings, and journalism from many sources. It was especially hard to listen to the victims and their parents but it brought me that much closer to the truth of the story. There were hundreds of victims who spoke about their assault but one victim in particular while testifying against Nassar said something that had me so choked up, I had to rewind and listen 4 times:

""You [the parents of victims] feel like you threw your kid to the wolf, but in reality you raised a kid strong enough to take down the wolf."

Thank you to the victims and their families, the coaches, and anyone else involved in holding Larry Nassar accountable. Thank you for holding out hope after years of your cries going ignored by those meant to protect you, so that future children and parents can identify assault and inappropriate behavior. Thank you for dismantling the belief that those in power cannot be touched. Thank you for being brave enough to share your story.

Thank you to everyone that shared their story. I can only hope this helps others understand how abuse can go on for so long and the impact it has on its victims. Very well written and it truly helps gain a full picture on what happened.

The Truth as told by the Survivors

WOW!!! What an amazing job this team did in telling our story. An emotional telling of the impacts that sexual abuse had on so many young girls lives. And I can't thank you all enough for putting perspective and coherent understanding in telling my story for my daughter. I will never forget your compassion and understanding, from the bottom of my heart, I thank you!

I wasn't sure I could listen to all of this, but it's such an important story. The producers and writers did an amazing job creating a very emotional story without it being one-note. This book is a journey well worth taking.

I had been following this terrible case since the beginning and loved this audiobook. Although i already new a lot about the case, there was new information, really amazingly personal interviews, great insight from all angles of the story and really well written and narrated!!

A Story That Needs To Be Told

I have over 600 audiobooks in my library and yet I have never come across anything quite like this book. It was like a spoken documentary that never lost sight of the unflinching truth without ever overloading the reader with dry facts and figures. I thought I knew the basics of this story before I purchased this book but the truth is I hadn’t even scratched the surface. I believe that this is a story that was made to be an audiobook, and some of the deeper hard hitting moments wouldn’t have been quite so compelling or heart wrenching if only read from a page. I know there are many book lovers who claim that they need to “feel” the pages in a hard bound paper book, so they prefer to avoid ebooks and audiobooks, which I can completely understand. But if anyone is considering a change from the written word - this is the book for you.

I don’t know how exactly this book was edited but the way it came together with interviews and testimonies was absolutely perfect. This wasn’t a simple narration, instead it was a glimpse into an underworld I never even knew existed, built from the raw and oftentimes difficult to hear truth. The anguished voices of the gymnasts and the devastation dealt them and their families by this predator in their midst was abhorrent. There are voices spoken here and pain revealed in ways that I will never ever forget. I not only still hear them, I still weep for them. Even the pathetic desperation of Nassar’s words, nasally and unconvincing as he was interrogated, trying to explain away his criminal deeds as medical “treatments” needs to be heard to truly understand the depths of this man’s delusions.

It’s the story of innocence lost, bureaucratic corruption, trust given and then brutally betrayed, and in the end redemption, brought about by the brave women who refused to remain silent. The lines of good and evil are at many junctures crossed in this story, where the people who were charged to protect these young girls chose instead to become accomplices to evil. I think these are the people I find the most difficult to understand. If not for their help Larry Nassar would have never been given hands-on access to these children for so long. They are equally to blame and should be facing jail time as well.

The tragic voice I will never forget above all the others in this book is the mother of the gymnast who took her own life at age 23. She gave witness to her daughter’s torment so that others might be spared the same fate. I truly hope that some day she finds peace.

As tough as this was to hear at times it was very well done and a story everyone should hear.

This was an incredible telling of the Nassar story. Sensitive and thoughtfully done. Particularly powerful description of the many institutions that failed to address these abuses. Everyone should listen to this amazing hybrid between a book and a podcast!

This story is MAGNIFICENT!!!!

I didn't expect to binge listen to this audio book in a single day, but it pulled me in and I was so captivated that I couldn't turn it off. It has everything I like about true crime (a story that reveals the darkness of humanity while ending in justice for the victims), but it elevates it to a whole new level. Hearing the survivors tell their stories in their own voices was powerful - they are all such amazing women! And the story of how Larry Nassar's disgusting deeds slowly came to light was beautifully told. The story unraveled perfectly and left me mesmerized. I got tearful at times and angry at others. But in the end, it's an inspiring story of courage and triumph. It also gives great insight on how sexual predators groom their victims and embed themselves in social circles in order to avoid being caught, which may help stop other predators from hiding in plain sight. HIGHLY recommended!

Wow. Kudos to these ladies and all involved in this original. This story brought me to tears while starting a fire of anger at the same time. I feel for these girls, their parents and coaches. So glad this monster was brought to justice and many accolades to the original girls who were brave enough to stand up and speak out!