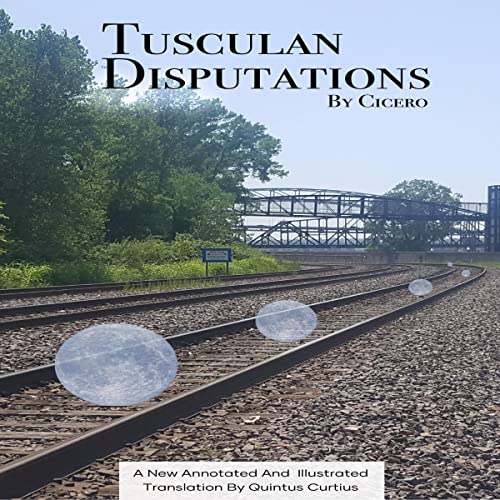 The statesman, orator, and philosopher Marcus Tullius Cicero remains a writer whose influence has been felt for many centuries. Tusculan Disputations is his most wide-ranging philosophical work and was intended to introduce the Roman people to the pleasures and benefits of the study of philosophy.

In a series of stimulating dialogues, Tusculan Disputations examines some of the most fundamental questions of human life: the fear of death, the endurance of pain, the alleviation of sorrow, the various disorders of the soul, and the necessity of virtue for a happy life. These dialogues - accessible yet movingly profound - are perhaps even more relevant today than when they were first written.

This is the first complete translation of Tusculan Disputations to appear in English in nearly a hundred years. It uses a modern, vigorous idiom and a clear formatting of the dialogues to enhance understanding and readability. Translator Quintus Curtius, who has also translated Cicero's On Duties and On Moral Ends, has returned to the original Latin text to produce an edition that is accessible for the general listener, while rigorous enough for the serious student. It contains:

This new translation restores Cicero's classic to its proper place in the history of Western philosophy.

An excellent translation and rendition

This is a terrific translation of Cicero to English. It gets the balance just right between erudite and accessible, and does a great job of sharing Cicero’s ideas with the listener. The narrator is superb: it sounds like how you would imagine Cicero would be portrayed in a Hollywood movie. He has great enunciation, inflection, and pacing.

The Tusculan Disputations themselves are very interesting. There are some parts that didn’t interest me where Cicero covers the flawed sciences of his time (the four elements etc.) but overall it is great to hear this wise man’s perspective on the topic of the soul, pain, and how to overcome the fear of dying.