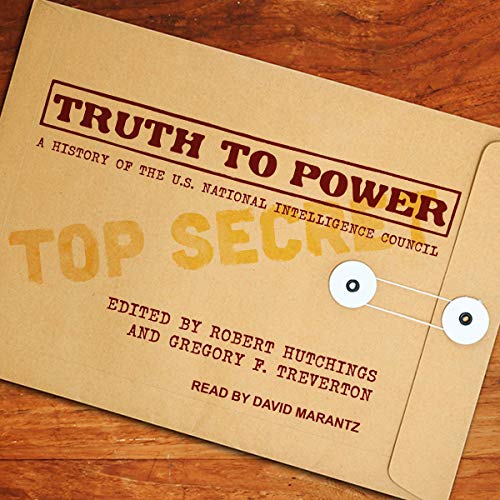 This historic mission of this remarkable but little-known organization, the US National Intelligence Council (NIC), now 40 years old, is strategic intelligence assessment in service of senior American foreign policymakers. Its signature inside products, National Intelligence Estimates, are now accompanied by the NIC's every-four-years Global Trends. Unclassified, Global Trends has become a noted NIC brand, its release awaited by officials, academics, and private sector managers around the world.

Truth to Power tracks the NIC's role in providing strategic analysis on every major foreign policy issue confronting the United States during this consequential period. Chapters provide insider insights on the Balkan wars of the 1990s, the terrorist attacks of September 11, 2001, the invasion and occupation of Iraq in 2003, the nuclear weapons programs in Iran and North Korea, upheaval in the Middle East including the rise and fall of the Islamic State, the rise of China, and Russia's turn toward aggression under Vladimir Putin. The book also assesses the NIC's newly expanded role in direct support to meetings of the National Security Council as well as its longstanding role in producing longer-range strategic intelligence.