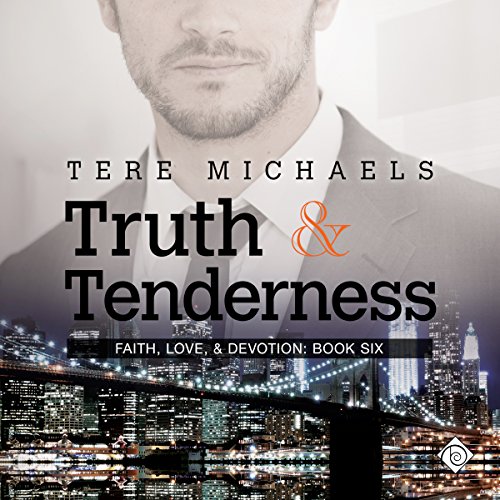 Newly promoted police captain Evan Cerelli takes command of his own precinct as Matt Haight's security business begins to expand at a rapid rate. Both of their careers require more and more of their time - away from home and each other. When his most famous clients, Daisy and Bennett Ames, suffer a traumatic breakup, Matt is drawn into a dangerous and dramatic situation. With attentions diverted, Evan and Matt's tight-knit home life begins to unravel.

As Griffin Drake's movie nears final edit, his thoughts turn toward building a home with his new fiancé, Jim Shea - and maybe even starting a family. Before he can think of a new family, Jim is caught up in his past. The possibility of putting Tripp Ingersoll in jail once and for all beckons, and Jim wants the closure that has long eluded him. As a new lead spurs him on, Jim begins to lose sight of the future by chasing an old ghost.

Both couples struggle to remember that "happily ever after" requires hard work, trust, and tender, open hearts.

Need the old narrator back

Change is ok, but the new narrator/reader is bad. And he needs to find a better place to record. The background noise was so distracting.

Loved the series, but...

I have loved those series all the way up to the last book. The story, writing and characters are fabulous, but the voice of the narrator has grated on my last nerve! His voice is too slow, whiny and ugh! I had to put it on a fast speed. It was so incredible distracting!

A story about couples navigating the highs and lows in life. Beautifully told and nicely narrated. Just enough of a dark twist to keep me from vomiting over are the sappy sweetness.

The story is awesome, but the narrator is terrible. At times the narrator sounds as if he's about to fall asleep. His narration is so low, that most of the time you can't even tell what the he's saying. The previous narrator, although not always perfect, did have a way of making the characters sound alive. This narration feels as though the characters are tired of the story and are just dragging through the 6th book! Background is also very distracting and not up to the standards of the previous books.
If this were the first book and not the last, I would have returned it and not bothered with the rest of the series!

I’m a big fan of Tere Michaels and have enjoyed all the books in this series, even if it has been a while since I’ve read them.

Evan and Matt and Griffin and Jim are two of my favorite couples of all time and I enjoyed seeing them again.

One caveat for readers is that this isn’t a book you can read without first reading the rest of the series.

I loved Ron Herczig‘s narration of The Way Things Are by A.J. Thomas and I felt the same way with this one.

He has a marvelous voice and nailed every single character here, no small feat concerning the amount of main and supporting characters, including kids.

Evan and Matt are still together raising the kids. Matt’s gone long hours with his security job on occasion, but Evan takes the cake in the absentee-partner race. His new job as police captain has him gone for 11+ hours a day and it’s starting to take a toll on the relationship. Evan sees that this is a pattern but doesn’t know what to do about it. Matt won’t take it lying down.

Griff and Jim are in a similar bind. Griff’s producing takes him away from Jim for long periods at a time, but his own priorities toward starting a family have him re-organizing things closer to home. Jim, however, is still stuck trying to solve “the one that got away” and it’s beginning to effect his home life and possibly his legal affairs, too.

Meanwhile, something terrible is going on between Daisy and Bennett and that will also have repercussions on the other couples.

In the end Griff and Jim finally do get married and….And of course Matt and Evan are happy again, but planning something secret… And Daisy and Bennett are working on things as well… So a big, fat HFN! A big lead in to the next book I think!

I have so, so enjoyed this series. I just love these guys so much. It’s great seeing them and being in their lives again.

This go around was a little too filled with unhappiness for me for me to count it among my favorites of the series. Very little time was spent with the couples happy or even together and there is very little steam in this book. Even the monumental event between Matt and Evan was kind of down-played to a side note.

When I go through a lot of angst with my MCs I like to see a pretty substantial happy time with them, for balance. In this book it feels like my “happy time” must be still coming in the next book in the series, because it really isn’t here – especially for Matt and Evan.

I don’t know what’s in store for them, but I really, really, really wanted Evan to quit his job. Boy it hit some buttons for me! Especially when Casper was being such a douche! So, I hope for everyone’s sake that the issue gets addressed in the next book, more satisfyingly.

But… that being said… it was nice catching up with the boys, and it was great finally closing that case… and the exciting new things in their future will be great to see in the next book.

Ron Herczig is SUCH an improvement over the narrator from the previous books in this series. I am in FULL APPROVAL of this change. I had a bad experience with this narrator before, but I was so very pleasantly surprised with this narration. Ron did an excellent job with the guys’ chemistry (all four!) and did a nice job of trying to keep the voices somewhat unique. Nothing over the top, but enough to give us an idea of who was who. His growly voice fits Evan and Matt so perfectly and I really love how he handles their banter (and their fights…). I loved his interpretation of Casper – so snarky! I really appreciated the change and enjoyed listening to this very much. All in all I highly recommend this narration!