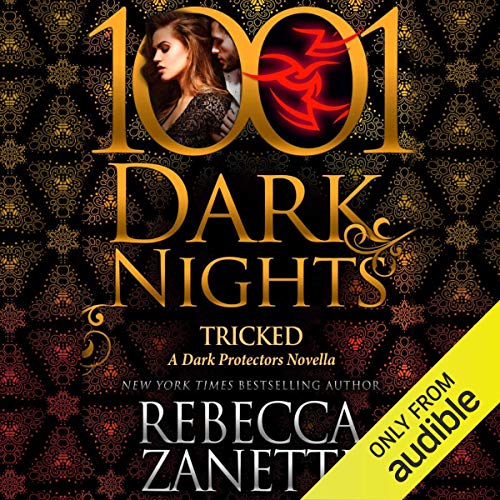 Former police psychologist Ronni Alexander had it all before a poison attacked her heart and gave her a death sentence. Now, on her last leg, she has an opportunity to live if she mates a vampire. A real vampire. One night of sex and a good bite, and she'd live forever with no more weaknesses. Well, except for the vampire whose dominance is over the top, and who has no clue how to deal with a modern woman who can take care of herself.

Jared Reese, who has no intention of ever mating for anything other than convenience, agrees to help out his new sister-in-law by saving her friend's life with a quick tussle in bed. The plan seems so simple. They mate, and he moves on with his life and take risks as a modern pirate should. Except after one night with Ronni, one moment of her sighing his name, he wants more than a mating of convenience. Now all he has to do is convince Ronni she wants the same thing. Good thing he's up for a good battle.

I’m not familiar with the series but the story was entertaining overall and I didn’t feel lost not having read the other books. The narration was difficult to get through and Veronica‘s voice was awful which distracted from the overall enjoyment of the story.

I was kind of surprised by the outcome of the story.. I had some unanswered questions

Narration is difficult to bear.

What a shame the narrator does such a disservice to the story. There is nothing about the narration that is positive. The story is good but I found it hard to focus on that voice.

Another Superb Novel by Rebecca Zanetti. Absolutely Amazing!! I hope there is much more to.come in this series.

This book is explosion of sex and suspense!! I would recommend this book!!! Enjoy reading.

A good novella, worth a listen

I enjoyed this little book. I knew it would be short but it did feel like the listener/reader got cut off rather abruptly at the end. I would have liked to hear a little more about the development of the relationship since most of the book was Ronnie fighting Jared while knowing she had feelings for him. The performance was very good and the storyline was interesting. For what this was supposed to be, it fulfilled its' purpose. Just know that it's like a snippet of a story, not a fill length novel.

THIS BOOK WAS SOOOOOO GOOD I COULDNT PUT IT DOWN!!!!!!! YOU MUST READ ALL OF REBECCAS BOOKS!!!!!