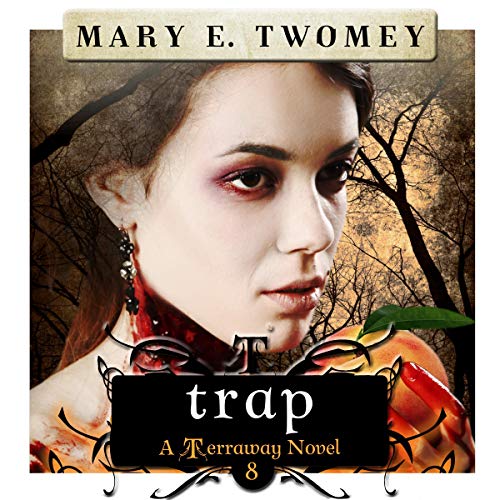 The promise of a peaceful life can be deadly trap.

Sama is intent on claiming October for his own, and he has all of eternity to plot her abduction. When Danny goes off the rails, Team Terraway has their hands full trying to fend off a psychosis that’s set in deep. When an attack on the council sets everyone spinning, October learns she must draw clear lines to show Captain Finn where her loyalties lie. Duty can only be expected to drive a person so far, but love is what motivates October to run away from her Reapers. She won’t hesitate to lay down her life if there’s a chance it might save them.

Trap is the final book in the eight-part Terraway series.

not afraid to kill off people but totally still keeps you hooked... deals with mental health in a realistic way.. doesnt forget people whove died.. they grieve realistically.. and NOT what Id call a reverse harem. love triangle for a time? sure. I really liked this series.. i bought her Vemrouex trilogy and enjoyed it just as much.. much less death in Vemrouex trilogy..but just as well written.

A great ending to a great series. I'm glad there is one more book left. I hate to say goodbye. Mary E. Twomey is an extraordinary author who writes beautiful words and Amy Marie Smith brought her words to life. I will be listening to this again and again.

once again this another has out done her self! I plan on rereading these book many times to come.