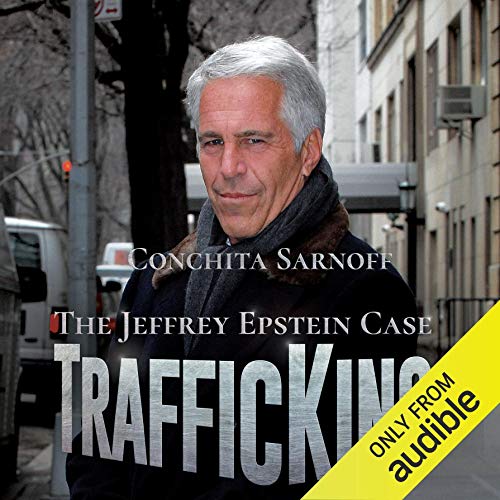 Advocate and abolitionist Conchita Sarnoff risked her life to tell the truth about a Wall Street billionaire hedge fund manager who is now a level-3 registered sex offender.

TrafficKing uncovers a child sex trafficking case of epic proportions and the longest-running human trafficking case in US legal history - more poignant than the Lewinsky case, Watergate scandal, and Profumo affair combined. Eleven years after the registered level-3 sex offender was arrested, four cases associated with his 2005 criminal investigation remain open. The pedophile was not prosecuted under The Trafficking Victims Protection Act (TVPA), a law enacted in Florida in 2000. In this gripping exposé, Sarnoff finds out why.

TrafficKing is a true story exposing the dark side of the human condition: avarice, lust, power, and influence peddling at the highest levels of government.

She has done her homework! Fascinating

Five stars , for her efforts, passion and sacrifice to bring this information to the public. My favorite quote was when she spoke of how to live well. He was deplorable! I’m sickened that this has become such a huge problem world wide and want to help stop it. She shares so much information not available with out years of study and digging. Fascinating. Very brave to take this step at this time and write this book with the twisted world we live in . Good for her for getting this information out there so we can all be informed and vigilant. We owe it to our kids to stop this some how .