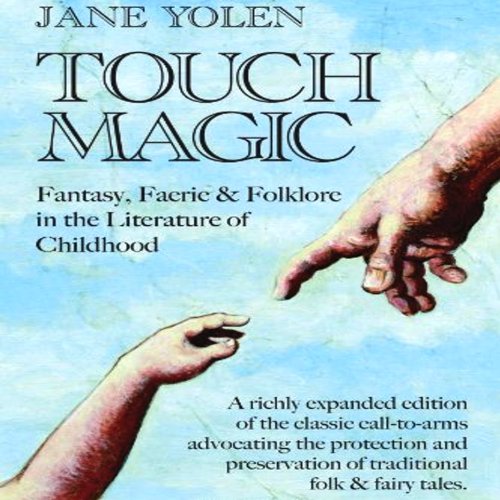 Subtitled Fantasy, Faerie, and Folklore in the Literature of Childhood, this small book of essays was first my position papers for the EdD I never quite got. Originally published in hardcover by Philomel and then brought out a few years later in a trade paperback, this book of essays has become well identified with me. And the phrase, "Touch magic, pass it on" shows up in the oddest places. After five years out of print, the book in an expanded and revised edition has been reissued by the folklore publisher August House. The new section is called "Touchstones" and has six new essays: "Fabling to the Near Night", "Killing the Other", "Throwing Shadows", "Literature As a Social Disease", the eponymous "Touchstones", "An Experiential Act", and an updated and revised preface.

so glad I found this

I ran across this book randomly on Goodreads. It's a fun book if you like writing, children's literature, or just stories about how/why people tell stories. This would've a great book to discuss with a class.

A nice refresher course of significant works in the last 150 years that have captivated our imagination. Good counterweight to other impulse of our era to cut free from the imperialism of inherited language, custom and modes of thought. I am sure there is a balance in there somewhere.