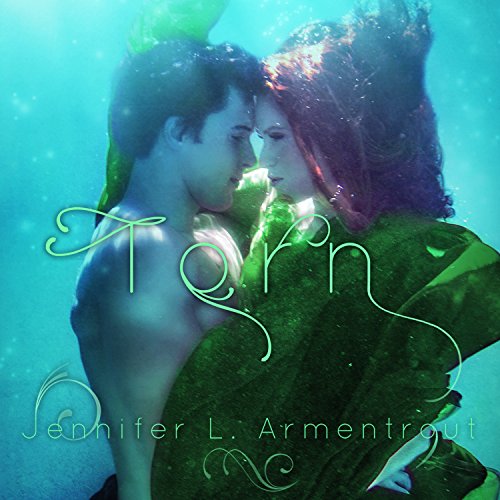 Everything Ivy Morgan thought she knew has been turned on its head. After being betrayed and then nearly killed by the Prince of the Fae, she's left bruised and devastated - and with an earth-shattering secret that she must keep at all costs. And if the Order finds out her secret, they'll kill her.

Then there's Ren Owens, the sexy, tattooed Elite member of the Order who has been sharing Ivy's bed and claiming her heart. Their chemistry is smoking hot, but Ivy knows that Ren has always valued his duty to the Order above all else - he could never touch her if he knew the truth. That is, if he let her live at all. Yet how can she live with herself if she lies to him?

But as the Fae Prince begins to close in, intent on permanently opening the gates to the Otherworld, Ivy is running out of options. If she doesn't figure out who she can trust - and fast - it's not only her heart that will be torn apart but civilization itself.

" Torn was an emotional ride that was filled with uncertainty and characters I absolutely loved! It was everything I was hoping the second book would be and much, much more!" ( Star-Crossed Book Blog)

The Prince, Ren, Tink, and Ivy oh the endless back and forth. It was a fantastic book 2 I loved it.
There were some pretty trying times for Ivy but I really think she held up. Will it haunt her later, of course, she cares so much. The Prince is something else man he really makes for a good villain.

Tink later in the book omg he is just precious and Dixson LOVE!

I don’t want to give anything away so I will leave the review with I hope they can all get their collective revenge!

The narration again fantastic I love that each character has their own distinct voice.

One of those angst ridden characters that is often to stupid to live. It was promising but I wanted to bang my head on the wall to much to enjoy it

JENNIFER L ARMENTROUT....I JUST CAN'T GET ENOUGH OF HER BOOKS!!! Every Single One of them are EPIC!!! Each in Different Ways BUT AMAZING NONE THE LESS!!! This 1 does however have a bit more sex in it then other books I've read by her.....HOWEVER NOT OVER THE TOP! I can't wait for the next book in this series OR ANY BOOK BY HER FOR THAT MATTER!!! Amy Landon DID AN AWESOME JOB NARRATING!!

ok we obviously need a thesaurus so that another word to describe a house in New Orleans other than antebellum!!! omg if i had to hear the word antebellum being used to describe Brighton and her crazy moms house one more time..i mean really more than three times is just too much. and the word comfortable...ugh. The first book in this series was really great and hilarious...but this one...well it just really got on my nerves...repetitive and oh so PREDICTABLE!!! disappointed to say the least.

Just pure love for this series

Would you consider the audio edition of Torn to be better than the print version?

I really, really loved this audio version because the narrator distinguishes very well between characters and she really impressed me with her version of Tink.

What other book might you compare Torn to and why?

I believe I already mentioned this on the first book in this series, but she reminds me quite a bit of the Karen Marie Moning "Fever" Series. Both are all about the Fae, but what this book has that the Fever series is missing is TINK!

What does Amy Landon bring to the story that you wouldn’t experience if you just read the book?

She brings a different personality and attitude that you may not pick up if you just read the book through print version.

I really enjoyed the part where Tink morphed into his human form and of course, the ending which I won't give away, but it is perfect!

I am so excited to read the 3rd book in this series! Counting the days! If you enjoyed any of Karen Marie Moning's books, then you will certainly enjoy this series!

This one was very hard to get through!

ok so I really wanted to love the story but the M.C. female made it so hard! The decisions she made had me sitting here shaking my head thinking... what an idiot! I really wanted to like the story but just couldn't get past screaming and throwing my headphones off at times. i will not be listening to another one of these stories. i dont think my nerves could handle it.

Love this series bummer is waiting 2 yrs for next

If you could sum up Torn in three words, what would they be?

What was one of the most memorable moments of Torn?

Not for young adults

One of my fav authors. But this book is so not for young adults and teens. The sex scenes are pretty descriptive.

Warning: There are spoilers in this review.

Usually, when I’m reading a book I think I know what’s going to happen, but I’m usually wrong. Not with this book. I figured out that the prince of the fae was going to parade around as Ren to trick Ivy. I also figured out that Val was double crossing The Order. All in all it was a good story.

Perhaps the most predictable book I’ve ever read...

Sure, all these YA paranormal romance stories are to some extent predictable, but with this book, it’s like she TRIED to make sure no one is surprised by anything. Slow moving. Still wearing a daisy bra and saying “donkey balls.” Wicked was intriguing - even if there are several parallels with the Lux series - and learning about the world and the characters was fun and interesting. Torn is just a filler for what I seriously hope is going to be a much better third book.

That being said, the imagery of sexual situations in this book (and in the first) is VERY well done and wholly exciting - in true Armentrout fashion - and I still love her and will read/listen to her work. I think this particular book just missed the mark for me.