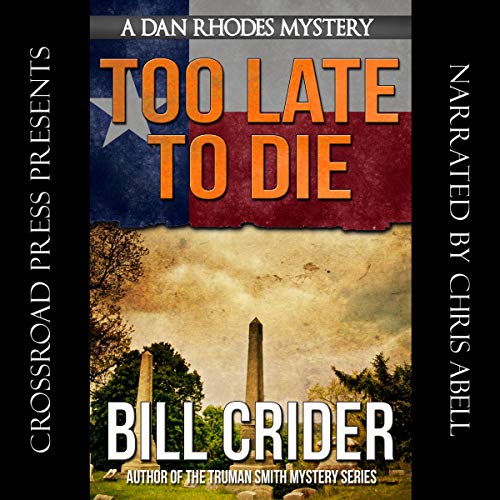 Too Late to Die

Everyone knew her. A lot of them like her. One of them killed her.

Jeanne Clinton was a pretty and well-liked woman, though in her younger days, she'd been known to be a bit wild. But she married an older man and settled down to a quiet, respectable life. Now, she is dead...brutally murdered in her home.

Dan Rhodes, the thoughtful, hard-working sheriff of Blacklin County, Texas, has enough to worry about already: a rash of burglaries in town and an election coming up against a hot-shot opponent. Now, he's got to find a killer among the residents of his little town - a wily killer, bound and determined not to be caught.

The deeper Rhodes digs into the hearts and minds of his neighbors, the more secrets he turned up and the more violence he encounters. But Rhodes doesn't give up easily. And neither does the killer.