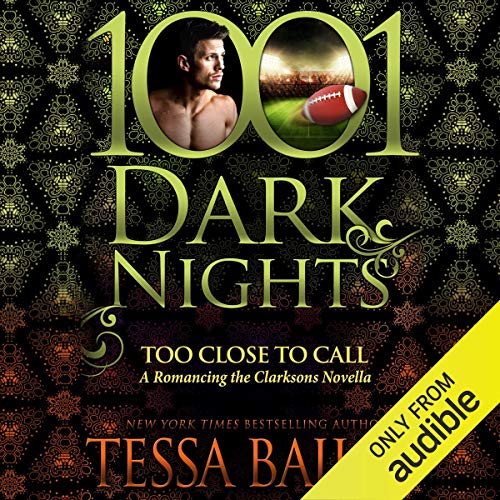 Too Close to Call

All-American wide receiver Kyler Tate's life is about to change. A fairy-tale college career skyrocketed him to the NFL draft. Adoration and opportunity are thrown in his direction wherever he goes, thanks to being chosen in the first round by the Los Angeles Rage. None of the accolades mean anything, though, without his high school sweetheart, Bree Justice, by his side. Four years ago she walked away from Kyler, choosing a quiet life over the flash and notoriety his career would someday bring. Now he's back in their Indiana hometown, refusing to leave for Los Angeles without her. Demanding she give their life together a shot. Her heart never stopped bleeding for the love of her life, but Bree's decision was final. Too bad their wild attraction has only been amplified by their separation, and Kyler won't quit until Bree is wearing his ring.

Not bad, but not something I’m into.

Honestly, this is just me and my personal preferences. I’m not big on third personal and I’m a little particular on how hot scenes are written. I just couldn’t get into it.

Another thing was that I just wanted Bree to give in to Kyler. They were both so in love with each other and I just wasn’t sold on Bree trying to live a life she thought she needed to in her hometown without him. Kyler might have been a bit much, but he lays his cards all out there. I would have said yes in a heartbeat!

Grayson Ash did a good job, but I think some of the parts just didn’t work for me.