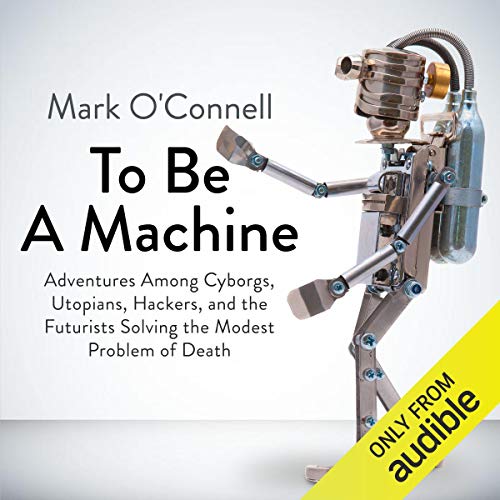 To Be a Machine

What is transhumanism? Simply put, it is a movement whose aim is to use technology to fundamentally change the human condition, to improve our bodies and minds to the point where we become something other, and better, than the animals we are. It's a philosophy that, depending on how you look at it, can seem hopeful, or terrifying, or absurd.

In To Be a Machine, Mark O'Connell presents us with the first full-length exploration of transhumanism: its philosophical and scientific roots, its key players and possible futures. From charismatic techies seeking to enhance the body to immortalists who believe in the possibility of 'solving' death, and from computer programmers quietly redesigning the world to vast competitive robotics conventions, To Be a Machine is an adventure in Wonderland for our time.

To Be a Machine paints a vivid portrait of an international movement driven by strange and frequently disturbing ideas and practices but whose obsession with transcending human limitations can be seen as a kind of cultural microcosm, a radical intensification of our broader faith in the power of technology as an engine of human progress. It is a character study of human eccentricity and a meditation on the immemorial desire to transcend the basic facts of our animal existence - a desire as primal as the oldest religions, a story as old as the earliest literary texts. A stunning new nonfiction voice tackles an urgent question...what next for mankind?

Ce que les auditeurs disent de To Be a Machine