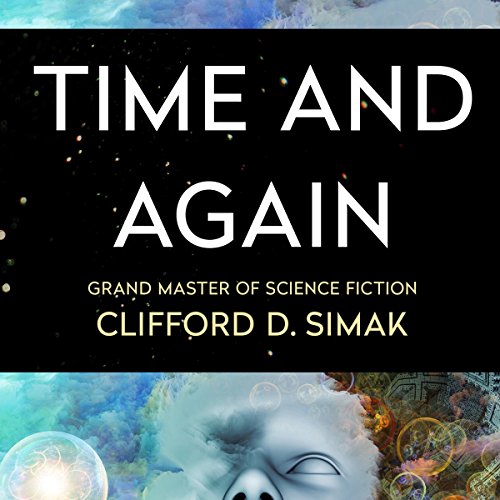 After 20 years, a vanished space voyager returns to Earth bearing a dangerous truth that will alter the universe in this powerful, thought-provoking science fiction classic from one of the golden age greats.

Twenty years ago, Asher Sutton vanished somewhere in the star system 61 Cygni, an inaccessible corner of the universe that humankind has thus far been unable to explore. Now Asher has returned to Earth, having impossibly survived catastrophic damage to his spacecraft. But the star traveler is not the same man he was when he began his journey two decades earlier. He is, in fact, no longer completely human. And he isn't alone. But he has a message to convey that could have reality-altering consequences for the human galaxy conquerors who consider themselves almost gods and for the nearly human androids they create, enslave, and oppress.

It is Asher's destiny to change everything. His mission has made him a hero to some, a pariah to others - and a target for determined time-traveling assassins from the future whose mission it is to silence him at all costs before everything they cherish is obliterated.

Worn out paradigms and cliches. Tedious, vacuous, and uninteresting. Prescriptive and naive view of scientific advancement.

This book is eloquently written and well narrated. The story is very original with a bit of a sad ending.

The book, written in 1951, is fascinating both in the technologies that it predicted, and those that we haven't seen yet. It also provides fodder for deeper thought on society and the way we act

Unfortunately, the reader is just not a good fit for the story. The emotions he portrays seem to be fixed somewhere between tired and whiney and somewhat robotic, but the characters in the story are far from it. Even the robots in the story are lively and full of energy, but the performer reading it doesn't bring that out

I found this book to be quite entertaining but was largely disappointing and how it ended. Simak normally tires up his loose ends better than he did in this one. Additionally, a good deal is taken for granted such as time travel, being able to have mental conversations with people 50 lightyears distant and a few other things. The result is that some things happen in linear fashion while others don’t and there does not seem to be a good explanation for why this is the case, or why the characters do not use those technologies more to their advantage. I enjoyed much more The Way Station and Our Heritage the Stars.

Clifford Simak is my favorite author and this is one of my favorite novels. The narration was great. I was sad when the story ended.