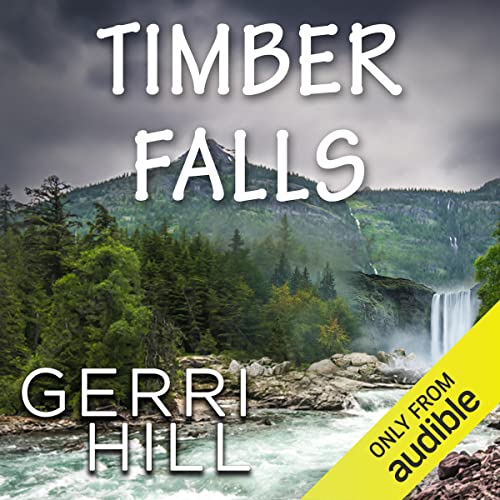 The isolated, sleepy little village of Timber Falls—built on the bend of a swift mountain river—swells during the summer months as tourists flock to town to run the river, lured there by the Class IV and Class V rapids.

A gruesome murder of a college student—a river rat—brings the FBI to town.

Haley Martin used to be one of those river rats during her college years. Now she owns the Timber Falls Bar and Grill, drawn back to the picturesque village seven years ago after the tragic death of her wife.

Lynn Carter, a disgraced LAPD detective, was offered an out—a position on a team of unorthodox FBI agents. After a month of training, she was sent out on her own without a team or a partner. Her commander, nothing more than a mysterious voice on the phone, dished out assignments.

When he sent her to Timber Falls—a town by only the stretch of the imagination—she had no idea she would find her peace there. No idea she might find love.

But a serial killer preying on the tourists that the town relies on for survival takes precedence as clues lead her to an unlikely suspect.

This book, while I don't believe it to be intentional, is definitely the type that some people will use to push trans phobia. I have loved many of her others but am very leary of her writing now.

I usually quite enjoy Gerri Hill's novels, but this time, the story felt too rushed and simple. Gerri has the skills to write excellent stories, but I feel this one needed a little more development. I had to go check if I had accidentally purchased an abridged book, but apparently not. The setting was inspiring, the characters were promising and the thriller sounded like something worth more than this short story, where everything fit into place in a blink of an eye. Despite the excellent narration, after thf book ended, I felt like I had listened to the first draft of a storyline, with the finer details missing. I didn't dislike anything, but I needed more of everything. I still love Gerri Hill, just not this particular story.

This felt a bit different from the other books I've read from this author. More of a love story, with a lot of healing instead of a lot of explicit scenes. Felt like everything else in the book was secondary to the MC healing from the death of a spouse. That's fine, but it felt like the rest of the story (and the other characters) were....thin. Like background noise. Olay for what it was, just lacked the depth, intensity, and....idk, hotmess(?) of her other work.

Abby is a Very Good Narrator

Another fine audible. I enjoy Abby narrating a Gerri Hill book. I'm sadden that Andie and Special Agent Ross has retired. Carter was a good substitute for the FBI agent. I love the suspense/detective series. It gives the story line an extre punch. Gerri, you keep writing. I'll keep listening.

Loved this story. Felt the emotions and fear . As they hunt for the killer. And the feeling of love ❤️ .

The story is so well written and engaging I could not stop listening to it. The MC are so interesting especially agent Carter. The story is really good without being gory
Narration was as always the best

You can’t go wrong with Geri Hill or narrator Abby Craden.
I think they are both fabulous, dynamic duo.

Romance mystery listen you won't want to put down.

Such a powerful story full of strong twists in this campsite murders. Two very strong women trying to live with their past and maybe meeting each other can help them open up again. They have to find a killer first. Great story, their past stories unfold brilliantly. Abby Craden give her stellar gift to make the characters come to life. Another great Gerri Hill romance mystery you can't put down.

Gerri Hill and Abby Craden is always a winning combo in my opinion. The book was good, I felt for the MC and their journey together. The mystery was good and kept you guessing for sure.