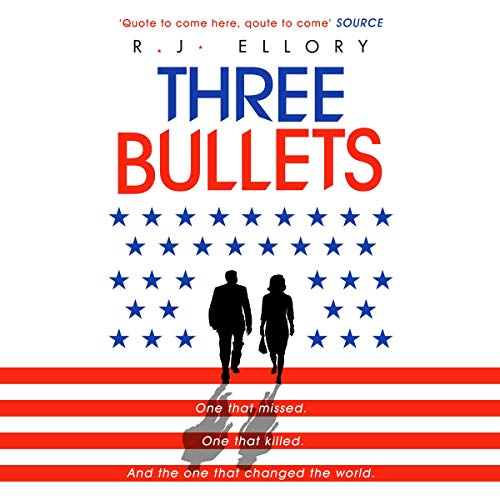 It was the shot heard around the world.

On 22nd November 1963, John F. Kennedy's presidential motorcade rode through Dealey Plaza. He and his wife, Jackie, greeted the crowds on a glorious Friday afternoon in Dallas, Texas.

But what if it missed?

Mitch Newman is a photojournalist based out of Washington, DC. His phone never rings. When it does, a voice he hasn't heard in years will tell him his former fiancée Jean has taken her own life.

When the truth is bigger than all the lies.

Jean was an investigative reporter working the case of a lifetime. Somewhere in the shreds of her investigation is the truth behind her murder.

Who would believe it?

For Mitch, piecing together the clues will become a dangerous obsession: one that will lead him to the dark heart of his country - and into the crossfire of a conspiracy....

The basic idea of `What would have happened if history had taken a different course?´ is what drew me to this book. However, it turns out that the story is more than far-fetched, to my mind it is pure slander. Even if JFK was known to be a womanizer, this is not saying he had the women killed afterwards. I would not call this Ellory´s fertile imagination, but simply an unacceptable supposition. The whole plot is based on this assumption, and all the government officials are in some way privy to and conniving in these killings. Unfortunately politeness does not allow me to put my evaluation of this book in one single word ...

IF NOT DALLAS - WHERE AND WHEN?

Given that R J Ellory’s 2007 book A QUIET BELIEF IN ANGELS, my review of which is on Audible, and which is in my top half dozen favourite novels from over 5,000 books read, it is not surprising that I was pre-disposed to like THREE BULLETS. R J Ellory is a remarkably diverse writer, and having read hundreds of thousands of his carefully chosen words, I will always enjoy their assembly.
Being of an age to know precisely what I was doing when I heard JFK had been assassinated, having read numerous books by, on and about JFK, plus various speculations and examinations of supposed conspiracies, I was keen to read his alternate possible history: what if JFK had not been assassinated in Dallas?
Although much different, I would encourage listeners who enjoy this book to check out Stephen King’s 11-22-63, another excellent entry.
Mitch Newman is a photojournalist, who, in the middle of 1964 learns that Jean, the girl he was engaged to in the late 1940s, before he went to Korea, has committed suicide. This is the springboard for the novel. Wanting to honour her memory and assuage some of her mother’s pain Mitch sets out to investigate what happened and why. Why did the girl he loved and remembered, who was a most unlikely person to commit suicide, take that path – or did she? Jean was an investigative journalist, had she been asking too many questions in the wrong places?
Their back story is economically revealed by him reading the dozen letters he sent her from Korea or just after, but which were never acknowledged. Although I suspected what the end would be, I had no idea of the how and the who. I particularly liked the way the pieces fell into place, making it nice and tidy and satisfying.
R J Ellory’s many fans will not be disappointed, and for those of you who are new to him, I cannot recommend this and his other books too highly.
Happy reading. Eric.
em: ericjdrysdale@gmail.com

What if JFK wasnt shot in November 1963?

The best you can say of RJ Ellory is that he has not been consistent in delivering quality work . He has written truly outstanding books ( A quiet belief in angels , A simple act of violence) and others of very average quality. With "Three bullets" we get RJ Ellory back at his best. This is a very unusual, engaging and well written thriller set in 1963 and revolving around JFK' murder attempts. The story develops on two parallel plots , one dealing with Mitch investigating the "suicide" of Jean, the love of his life, and the other depicting the private life of the Kennedy clan with the murky entourage behind it.
Ellory has built alternative history at its best starring : the "what if JFK wasnt shot in November 1963" assumption becomes a credible conjencture and the reader follows through ...until the new end. Tim Flavin is as good as it gets.
This is a five stars !!!