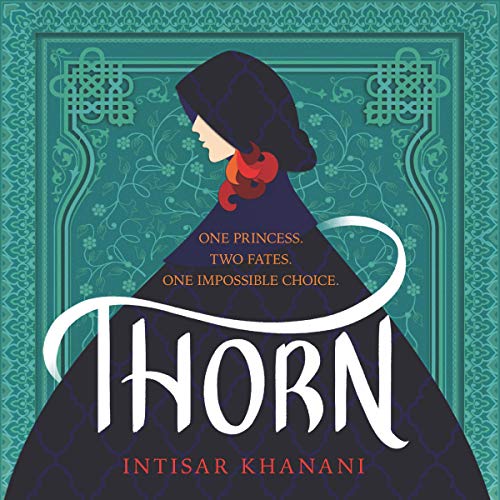 Hunted meets The Wrath and the Dawn in this bold fairy-tale retelling - where court intrigue, false identities, and dark secrets will thrill fans of classic and contemporary fantasy alike.

Princess Alyrra has always longed to escape the confines of her royal life, but when her mother betroths her to a powerful prince in a distant kingdom, she has little hope for a better future.

Until Alyrra arrives at her new kingdom, where a mysterious sorceress robs her of both her identity and her role as princess - and Alyrra seizes on the opportunity to start a new life for herself as a goose girl.

But as Alyrra uncovers dangerous secrets about her new world, including a threat to the prince himself, she knows she can’t remain silent forever. With the fate of the kingdom at stake, Alyrra is caught between two worlds, and ultimately must decide who she is and what she stands for.

Some of the reasons why I love this author's work and her original version of this story, were lost in the updated version. It was much more effective in the original version when I as the reader was given the autonomy to respond emotionally to a story and come to my own conclusions. The updated version was more a heavy-handed sermon than a story, and I lost the empathy I had originally felt for the characters.

The descriptions of the heroine's field working friends in the second half of the book also took me out of the story. They seemed more like moral devices than essential players. They were too perfect, one-dimensional, and unrealistic.

I'm frustrated that the editors of this book failed to steer the author onto a better track. Please don't ruin her other books!

I have read several versions of the classic Goose Girl fairy tale, and I keep coming back to this version as my favorite. This story is rich with dimensional characters, and real stakes. Intisar Khanani has crafted something so special, that I never tire of the twists and turns Thorn takes to it's satisfying conclusion. I highly recommend it to anyone looking to read something featuring a strong lady lead, particularly known for her integrity in the face of anguish. I would like to note that this is not a light and feathery piece of fiction devoid of struggle - several very serious topics are touched on throughout the narrative, but all is addressed and resolved with the gravity it deserves. Definitely give Thorn a try and you will be swept away in its magic.

The narrator does such a good job bringing to life this amazing book! She captures such heartache and beauty with her voice and does justice to this well-crafted story.

The reader did a great job with this take on the story of the goose girl. The ending of the story felt a little rough and unfinished to me. I was also a little let down that the heroine couldn't give the hero a little more of herself. After everything he did to prove himself, she was still stilted with him. I feel like there needs to be a sequel or just more there. With all of the relationships. That all said, the story is different and mostly interesting.

If you enjoy a princess story but would like to see some of the tropes subverted wonderfully, read this book.

Loved this book, the characters were interesting and developed throughout the entire story, and the narrator was great. Definitely recommend.