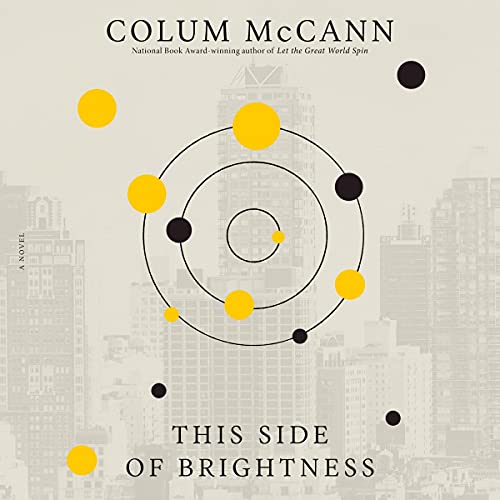 This Side of Brightness

From the author of Songdogs, a magnificent work of imagination and history set in the tunnels of New York City.

In the early years of the century, Nathan Walker leaves his native Georgia for New York City and the most dangerous job in America. A sandhog, he burrows beneath the East River, digging the tunnel that will carry trains from Brooklyn to Manhattan. Above ground, the sandhogs - black, white, Irish, Italian - keep their distance from each other until a spectacular accident welds a bond between Walker and his fellow diggers - a bond that will bless and curse the next three generations.

Years later, Treefrog, a homeless man driven below by a shameful secret, endures a punishing winter in his subway nest. In tones ranging from bleak to disturbingly funny, Treefrog recounts his strategies of survival - killing rats, scavenging for discarded soda cans, washing in the snow. Between Nathan Walker and Treefrog stretch 70 years of ill-fated loves and unintended crimes.

In a triumph of plotting, the two stories fuse to form a tale of family, race, and redemption that is as bold and fabulous as New York City itself. In This Side of Brightness, Colum McCann confirms his place in the front ranks of modern writers.

Ce que les auditeurs disent de This Side of Brightness

As usual, McCann’s prose is entrancing. He carries the reader along from scene to scene, character to character with the intensity of a freight train. His characters are well-drawn and fascinating to meet, but I left the book not really knowing where these troubled people have taken me.

While I still admire his craftmanship, I’m not sure I’m better for the experience. Three Stars.