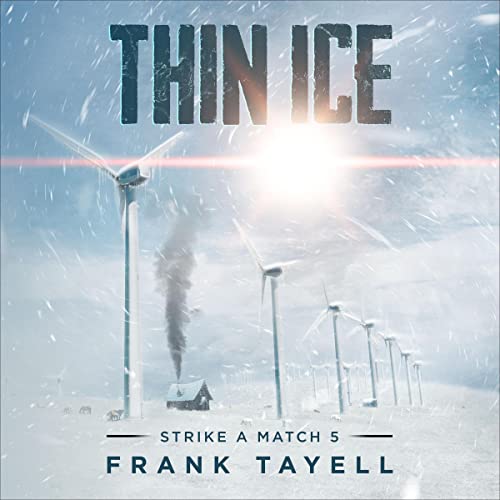 Twenty years after the apocalyptic Blackout, steam-trains and the telegraph have replaced smartphones and satellites, but while some still fear technology, many dream of its return.

In France, winter has brought the terrorist insurgency to a frozen stalemate. On the home front, most people's thoughts turn to spring and the hope of a more peaceful future. For the outlawed members of the Loyal Brigade, the prospect of peace offers a very different kind of opportunity.

Ten years ago, Henry Mitchell chased the Loyal Brigade from the ruins of Sandringham. A decade later, the gang has returned. After his arrest for gun running, the gang's new leader has been confined to a prison hulk in Thurso’s frozen harbour. Despite being in isolation, he is still coordinating a wave of arson attacks across the new capital. Having rebranded himself as a cult leader, with each attack comes an apocalyptic warning of greater destruction to come. It is up to Ruth Deering, Anna Riley, and the Serious Crimes Unit to crack the code before someone is killed.

A direct line can be drawn between the apocalyptic Blackout, the recent crimewave, and the devastating insurgency in France. Thanks to evidence gathered during the Second Siege of Calais, Henry Mitchell finally knows where the terrorist leadership is based. As he and Isaac head deep behind enemy lines, they have one chance to end this forever war. For their plan to succeed, they’ll have to do the unthinkable on a mission from which they almost certainly won’t return.