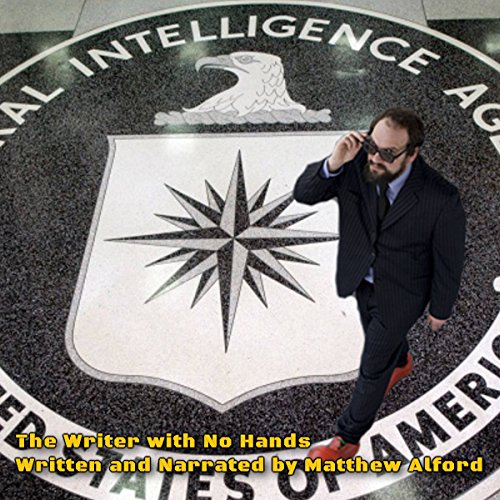 The Writer with No Hands (Live)

This is the first authoritative investigation into allegations that Gary Devore was victim to a lethal kidnap operation by the CIA.

"I had an unseen file: an autopsy report for a Hollywood screenwriter, which alleged murder.

I was an unemployed PhD graduate and failed comedian, living in a flooded house with two small children and my ex-wife.

So it seemed rational to find conclusive proof that this man had been murdered in a staged road accident by hit-men from the US government.

I left my home in rural England with a cameraman in tow to retrace the screenwriter's final moments in California.

If this death was really an assassination, I was in increasing danger. But if it was just a stupid accident...God...don't let it be that."

Set against a political backdrop marked by war, sex, and blackmail, The Writer with No Hands unveils the never-told true story of Hollywood's forgotten rebel and Dr. Alford's search for the brutal truth in a world where everyone lies for a living.

Throughout 2016, the author read the entire book in-costume on stage at nightclubs, bars, and busking pitches. The resultant product is presented here as "live" with special thanks owed to The Red Boot Band, Deaf Boy One, The Rec House, Seb Guettier, and The Nest.

Interesting and entertaining story...Engaging reading by the author which benefits from his considerable investment in the unsolved murder and his own misadventurous investigation!

The real CIA mind control was your favourite movie

(whatever your favourite movie is, the chance that headline is true is much higher than you think)

This was an experience to listen to from beginning to end. The author is reading his own work over half a dozen live recording sessions at some kind of venue. as such the microphone is a live microphone not a studio mic and occasionally some words and asides slip by unheard. while I think he struggled to find the tone with the first chapter and that may put some listeners off once he hits his stride it becomes a fascinating journey. there's a really angry moment in a speech right near the end that felt really impactful coming from the person actually in that position.

as for the story itself, it really is fascinating to see what happens when a lifer academic slash eccentric weirdo journalist throws everything into trying to answer an unsolvable question for several years of his life. He may have gone as far as it is possible for anyone to go in portraying the people who keep the darkest secrets ever. and sure while the recording had some rough bits and he hasn't got a clue which jokes were the actual funny ones, he really knows how to create interesting characters from real people and treat them with respect. that includes Gary himself who (if his depiction here is accurate) would definitely have wanted this story to finally be out there. also, good structure. right information coming at the right times.

and you do get an answer to the question eventually.

Great, compelling story. Most of the chapters sound like they were read at a live event but change sound quality between chapters as if there was a different microphone / room set-up. The last chapter sounds like it was read alone. The gaffes and laughs are left in as is the highly annoying sniffing that our author does during the last chapter. It could have all used a good trim.

Fortunately, the story is highly entertaining so it's an overall recommend though a more professional job would have been appreciated.