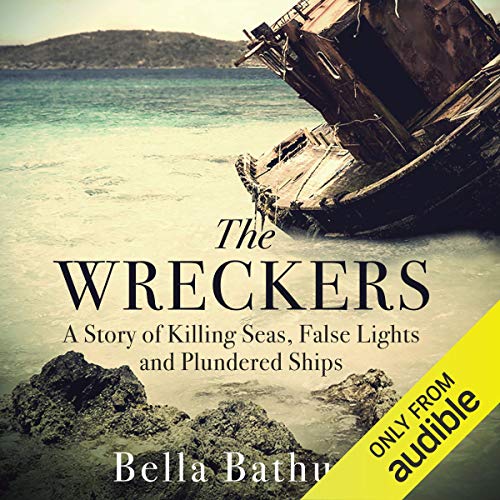 From the best-selling author of The Lightouse Stevensons, a gripping history of the drama and danger of wrecking since the 18th-century - and the often grisly ingenuity of British wreckers, scavengers of the sea.

A fine wreck has always represented sport, pleasure, treasure and, in many cases, the difference between living well and just getting by. The Cornish were supposed to be so ferocious that notices of shipwrecks were given out during morning service by the minister whilst the congregation spent their time concocting elaborate theological justifications for drowning the survivors. Treeless islanders relied on the harvest of storms to furnish themselves with rafters, boat hulls, fence posts and floors. In other places false lights were set up with grisly ingenuity along the coast to lure boats to destruction.

With romance, insight and dry wit, Bella Bathurst traces the history of wrecking, looting and salvaging in the British Isles since the 18th century and leading up to the present day. 'For a fully laden general cargo to run to ground in an accessible position is more or less like having Selfridges crash-land in your back garden,' she writes. 'A Selfridges with the prices removed.'

Far from being a black-and-white crime, wrecking is often seen as opaque by its practitioners - the divisions between theft and recovery are small. No successful legal prosecution has ever been brought; the RNLI was founded by wreckers - even today lifeboat crews maintain the right to claim salvage; and since the sinking of the Cita in 1997, the inhabitants of the Scilly Isles have a startling propensity to sport Ben Sherman shirts.

In settings ranging from the eerily perambulatory Goodwin Sands to the wreck-strewn waters off the coast of Durham, these murky tales of resourcefulness and quick-witted opportunism open a beguiling vista of life at the rough edges of our land and legality.