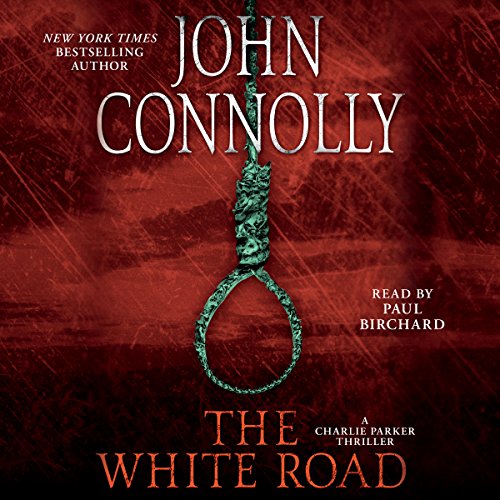 John Connolly thrilled readers with his best-selling novels, Every Dead Thing, Dark Hollow, and he Killing Kind. Now he delivers spellbinding suspense as Charlie Parker races to unravel a brutal crime committed in the Deep South.

After years of suffering unfathomable pain and guilt over the murders of his wife and daughter, private detective Charlie Parker has finally found some measure of peace. As he and his lover, Rachel, are awaiting the birth of their first child and settling into an old farmhouse in rural Maine, Parker has found the kind of solace often lost to those who have been touched by true evil.

But darkness soon descends when Parker gets a call from Elliot Norton, an old friend from his days as a detective with the NYPD. Now practicing law in Charleston, South Carolina, Elliot is defending a young black man accused of raping and killing his white girlfriend, the daughter of a powerful Southern millionaire. Reluctantly, Parker agrees to help Elliot and by doing so ventures into a living nightmare, a bloody dreamscape haunted by the specter of a hooded woman and a black car waiting for a passenger who never arrives. Beginning as an investigation into a young woman's death, it is a fast-moving descent into an abyss where forces conspire to destroy all that Parker holds dear.

Hailed as a "master storyteller" (The London Express) by critics stateside and abroad, Connolly has once again delivered a riveting and suspenseful story that draws listeners toward the horrifying crossroads of the past and present, of the living and the dead. "We are trapped not only by our own history, but by the histories of all those with whom we choose to share our lives," he writes. As chillingly as it is beautifully rendered, The White Road is sure to tread a frightening path for even the most world-weary crime fiction fan.

I couldn't get past the narration.

I have not finished book because of narrator. I have listened to several Charlie Parker novels. The other narrators utilized in those were much better. I might end up finishing the book at later date but not on my near future list.

I have used audible for the last 3 Charlie Parker books and honestly I didn't like it the voice that was narrating it was just terrible. No emotion and it just kind of ruined the story but this one I felt like the voice fit perfectly for a Charlie Parker type book this was my favorite one so far.

This one was OK

First off, the narrator for this title is different from books 1 and two. After getting used to him, this one is hard to take. When did Angel become a Latino? The narration may be OK for you if this is your first Charlie Parker book, but it was hard for me to take. I was a little lost on this one, since I skipped book 3 (it;s not available as audio book and I chose not to go Old School by actually reading it), so the Faulkner story line was a little lost to me.
As other readers mention, there are several subplots and story lines in this one, which can make it difficult to keep up if you don't give full attention while listening, as they really are related to the story.
Overall, I give this one a 3, hoping book 5 brings the value back up.

Narrator did a very good job. As always, Connolly's writing was amazing. I'm so grateful when a new Connolly book is announced.

I own a every book that is in the Charlie Parker series, and when I discovered that they were also in Audible I started listening to them.The narrators was so terrible that I almost couldn't finish the book.

Book one and two were fantastic. I didn't even read the reviews for this one (not sure why three isn't available) wish I had.
The story is sub par in comparison to one and two. This can happen and is something that can be overlooked. We move on.
The narrator.. geesh .. what a mess. He totally ruins the characters. Like Parker turns into the Pepridge Farm cookie guy.
Angel and Louie? Not even close.
You just can't and shouldn't mess with such a good thing.
The narrator made a meh book non listenable. I'll buy five .. looks like the narrator is back.. but then changes to Guidal for six.. I like Guidal so maybe that will be ok.
I'll be returning this book. Just can't do it. I tried. 3.5 hours of grating blah blah blah

I love the Charlie Parker books but the narration by Paul Birchard made the audio version unbearable. The narrator did not cleanly transition Charlie's "Maine" accent between the other characters making it very difficult to discern who was speaking. This is exacerbated by a complex plot that shifts between different storylines. The supporting characters of Angel and Louie are absolutely destroyed by the narration. I have never given up on a book solely because of a narrator until now...but I had to return the audio version and buy a hard copy because Paul Birchard was not able to convey this story. Disappointed.

Too Fantastic for me

Too much fantasy and a wide variety of characters make this story quite confusing. It was difficult to identify the connection between the crimes.

I really like this series, and enjoyed this book. It ties in well with the others, and the story is interesting.

Mayor Quimby was wicked awesome as Charlie Parker or Charlie Paaahka. Well he did better as Louis this time.