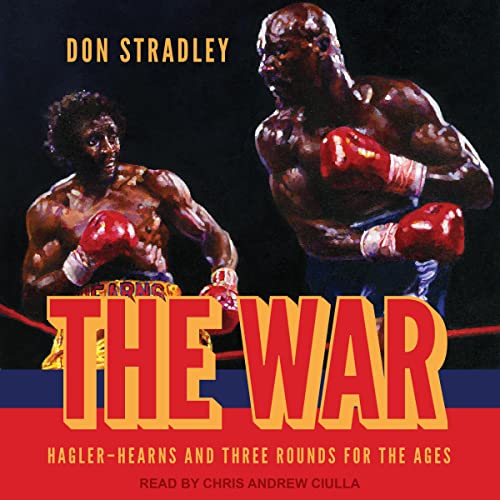 The battle between Marvelous Marvin Hagler and Thomas Hearns is remembered as one of the greatest fights of all time. But in the months before the two finally collided on April 15, 1985, there was a feeling in the air that boxing was in trouble.

With Hagler-Hearns looking like boxing's last hurrah, promoter Bob Arum embarked on one the most audacious publicity campaigns in history, hyping the bout until the entire country was captivated. Could Arum possibly get a memorable fight out of these two moody, unpredictable warriors?

The Hagler-Hearns fight is now part of history, but The War explores the factors behind the event, and how it helped establish what many feel was boxing's greatest era. No book, not even George Kimball's classic, Four Kings, has focused solely on this legendary fight involving two of those "Four Kings" that boxing fans have revered for their skills and willingness to take on challenges that many fighters do not take in today's boxing landscape.

With additional commentary from many who were there, Stradley shows the unlikely path taken by two fighters searching for greatness. When the fight was over, however, each learned that fame inflicted its own kind of damage.