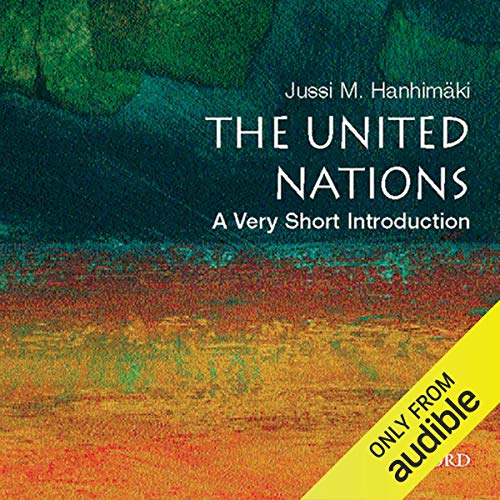 The United Nations has been called everything from "the best hope of mankind" to "irrelevant" and "obsolete". With this much-needed introduction to the UN, Jussi Hanhimäki engages the current debate over the organizations effectiveness as he provides a clear understanding of how it was originally conceived, how it has come to its present form, and how it must confront new challenges in a rapidly changing world.

After a brief history of the United Nations and its predecessor, the League of Nations, the author examines the UN's successes and failures as a guardian of international peace and security, as a promoter of human rights, as a protector of international law, and as an engineer of socio-economic development. Hanhimäki stresses that the UN's greatest problem has been the impossibly wide gap between its ambitions and capabilities. In the area of international security, for instance, the UN has to settle conflicts - be they between or within states - without offending the national sovereignty of its member states, and without being sidelined by strong countries, as happened in the 2003 intervention of Iraq. Hanhimäki also provides a clear accounting of the UN and its various arms and organizations (such as UNESCO and UNICEF), and he offers a critical overview of how effective it has been in the recent crises in Rwanda and the former Yugoslavia, for example - and how likely it is to meet its overall goals in the future.

The United Nations, Hanhimäki concludes, is an indispensable organization that has made the world a better place. But it is also a deeply flawed institution, in need of constant reform.

Exactly what I needed

It managed to stay objective and just tell the story of the UN, how it came to existence, its flaws and its position today. Just what I needed. I did not want a book to trick me into thinking that it would just tell events, and then end up being some random political statement which I don't care about because I didn't ask for it. Thank you for writing this.