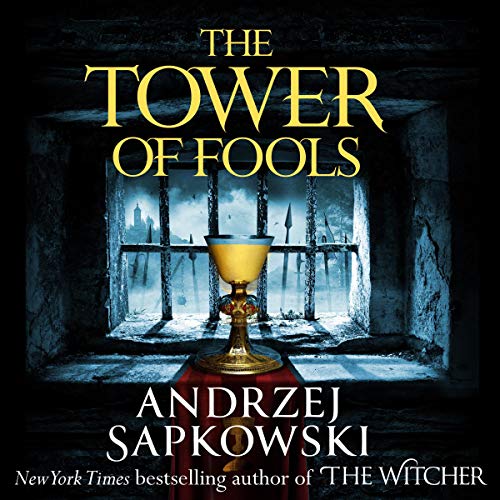 The Tower of Fools

A brand new trilogy from the author of the legendary Witcher series, set during the vibrantly depicted Hussite wars.

Reinmar of Bielau, called Reynevan, flees after being caught in an affair with a knight's wife.

With strange, mystical forces gathering in the shadows and pursued not only by the Stercza brothers bent on vengeance, but also by the Holy Inquisition, Reynevan finds himself in the Narrenturm, the Tower of Fools, a medieval asylum for the mad, or for those who dare to think differently and challenge the prevailing order.

The 'patients' of this institution form an incomparable gallery of colourful types: including, among others, the young Copernicus, proclaiming the truth of the heliocentric solar system.

This is the first in an epic new series from the phenomenon, Andrzej Sapkowski, author of the Witcher books.

"Like Mieville and Gaiman, Sapkowski takes the old and makes it new." (Foundation)

"Like a complicated magic spell, a Sapkowski novel is a hodgepodge of fantasy, intellectual discourse and dry humour. Recommended." (Time)

Easily the best narrator/voice actor ever

Andrej Sapkowski is well know and has mastered the art of fantasy in a medieval setting, the book is also sure to teach you quite a bit about history or at least refresh certain notions, as everything in the story follows the event of the hussites wars. The main character while not learning the same lessons over and over, which is a bit annoying at times is very attaching and the magic / monsters are not as omnipresent as in the witcher series.
The voice actor, Peter Kenny, is really amazing, not only does he plunges you in the story, have quite different speaking maneurisms and voice accents for each character, but he also sings, speaks recitate passages of the bible and other sayings in latin like it is english ( very naturally I mean) but he also sings in latin!!!! I mean what more can you ask of a voice actor ??

A truly great book narrated by a masterful speaker

The story kept me interested from start to finish, with next to no too slow parts. Can't wait for the next part!

Kenny's a fantastic reader and Szapkowski's Hussite trilogy is a fantastic series. Can't go wrong with this one, I'm eagerly awaiting the next part