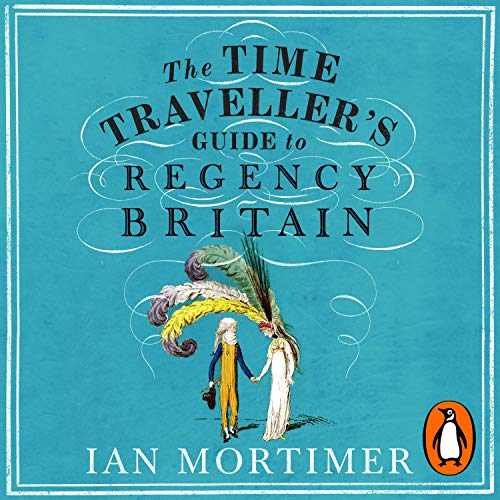 In the latest volume of his celebrated series of Time Traveller's Guides - after the Middle Ages, Elizabethan England and Restoration Britain - Ian Mortimer turns to what is arguably the most loved period in British history: the Regency (a.k.a. Georgian England). Bookended by the outbreak of the French Revolution in 1789 and the death of George IV in 1830, this is the age of Jane Austen and the Romantic poets, the paintings of John Constable and the gardens of Humphry Repton, the sartorial elegance of Beau Brummell and the poetic licence of Lord Byron, Britain's military triumphs at Trafalgar and Waterloo and the threat of revolution and the Peterloo massacre.

A time of exuberance, thrills, frills and unchecked bad behaviour, it was perhaps the last age of true freedom before the arrival of the stifling world of Victorian morality. At the same time, it was a period of transition that reflected unprecedented social, economic and political change; it was dominated by population growth, urbanisation and industrialisation, fear of social unrest and demands for political reform. And like all periods in history, it was an age of many contradictions - where Beethoven's thundering Fifth Symphony could premier in the same year that saw Jane Austen craft the delicate sensitivities of Persuasion.

Once more, Ian Mortimer takes us on a thrilling journey to the past, revealing what people ate, drank and wore, where they shopped and how they amused themselves, what they believed in and what they were afraid of. Conveying the sights, sounds and smells of the Regency period, this is history at its most exciting, physical, visceral - the past not as something to be studied but as lived experience.