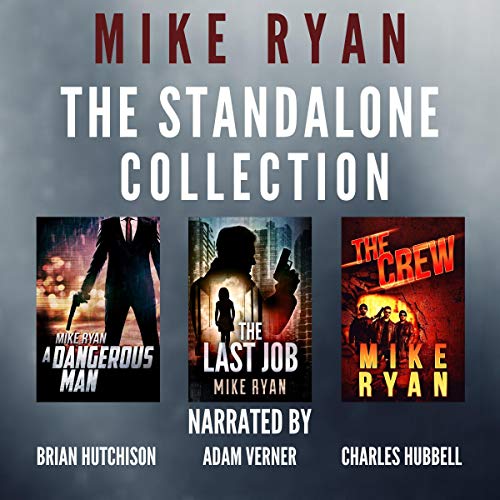 For the past 10 years, Dan Casey has lived a relatively quiet life in Virginia. He got married, had two kids, and even started his own business. But a deep, dark secret he's been hiding is about to shatter his world. Casey thought he was done with his past - but his past wasn't done with him. Everyone is about to find out, though - he's still a very dangerous man.

Eric Lamb is a world-renowned hit man. He's the best there is. He's the go-to man when a job pops up. But Lamb is getting tired of his profession. The constant killings, some seemingly innocent, have finally taken their toll on him. And he's about to do something about it. After he's contracted to do a new job, he decides he's had enough. All in the hopes of saving a young girl he doesn't even know. And, it will probably cost him his life.

Jack Carter’s got a problem. He left his old life - and his old crew - behind to start a family. But now, several years later, they've come calling again. The leader of the crew, Dominic Cirella, wants to pull off an armored car job right under the noses of the cops who are tailing them.

Will Jack sacrifice his new peaceful life for a potential big score? Will they be able to pull it off? Or, will they all go down in a hail of gunfire?