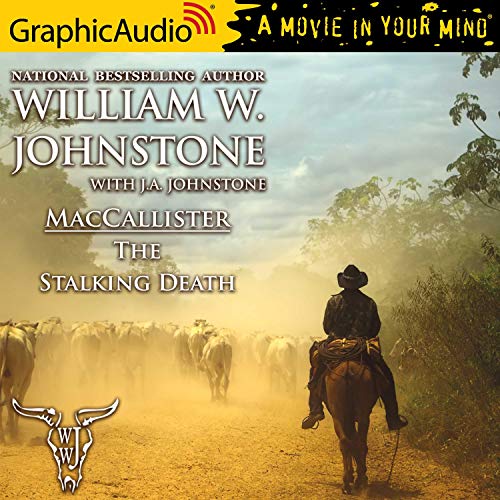 Descended from Scottish Highlanders and blood kin to Falcon and Jamie Ian, Duff MaCallister forged a bold new life on the American frontier. But he will always stay true to his clan’s fighting spirit — when it comes to justice....

There’s something rotten in Wyoming, and it’s not just the smell of cow pies — the first whiff is coming off the Laramie County Cattlemen. Right off the bat, Duff notices something odd: no small-time ranchers allowed. It’s big-leaguers only. And none are bigger than Brad Houser, owner of the sprawling Twin Peaks ranch. He’s up in arms over the small-timers claiming the unbranded mavericks who escape their herds. Which is perfectly legal. No brand, free cow.

Houser has a plan to stop these former cowboys from taking their runaways. For $1000, Houser will make the small ranchers go away — six feet under. That makes Duff MacCallister madder than a wet hen... and his guns will do the screaming.